Produced by Beauchamp (“The Legend of Sarila”) and directed by Jean-François Pouliot (“La Grande Séduction”), the family adventure film will premiere at the 2016 Sundance Film Festival.

“We’re thrilled about this new opportunity with CarpeDiem Film & TV. This beautifully made, highly entertaining feature is a very exciting addition to our library of new family films for 2016. We look forward to bringing ‘Snowtime!’ to the big screen for movie-goers and across all major distribution platforms,” said Melissa Boag, senior VP of kids and family entertainment at Shout! Factory.

“Shout! Factory is creating the opportunity for ‘Snowtime!’ to touch the hearts of children and adults across America. We’re proud of our movie and proud of our association with Shout! Factory,” added CarpeDiem’s Beauchamp.

“‘Snowtime!’ is that all too rare family film that brings together the wonder, mischief, playfulness and poignancy of childhood. CarpeDiem has produced a film that will entertain generations,” said Shout’s VP of acquisitions, Jordan Fields.

With heart and humor, “Snowtime!” explores the sometimes mercurial relations between friends during childhood, and the role that enthusiastic competition and energizing solidarity play in the lives of children.

To amuse themselves during the winter school break, the kids in a small village decide to have a massive snowball fight. Luke and Sophie, both 11 years old, become the leaders of the opposing sides. Sophie and her cohorts defend an elaborate snow fort against the assault of Luke’s horde. Whichever side occupies the fort at the end of the winter break, wins. But what starts out as pure youthful fun and enthusiasm deteriorates into a more serious conflict, where children learn valuable life lessons on friendship, the importance of unity, and the emotional consequences of vicious rivalry. The film’s underlying message – neither side wins in war – is as relevant today as ever. 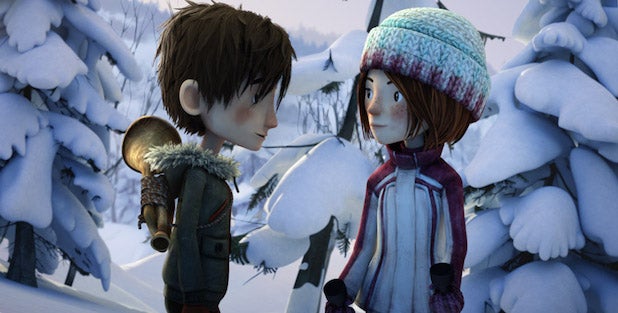