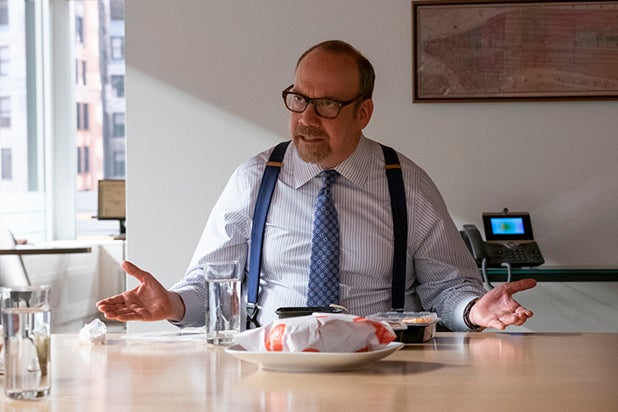 Showtime and the showrunners for the network’s hit show “Billions” are being sued for defamation by the Cayuga Nation over an episode that aired in May.

The suit, filed in New York’s Supreme Court on Tuesday, takes aim at Season 4, Episode 8 of the show. In the episode, the attorney Chuck Rhoades (played by Paul Giamatti) seeks the help of his father (played by Jeffrey DeMunn), who is depicted as having a close connection with the “Cayuga Iroquois,” to leverage the support of the nation to launch a pilot program for mobile election voting. The show portrays the Cayuga Nation and a fictional council member named Jane Halftown – which the suit says is “effectively a substitute” for Clint Halftown, an actual council member of the Cayuga Nation — engaging in illegal revenue-sharing generated from a casino and being complicit in coercing a public official, according to the suit.

The lawsuit states that Showtime did not obtain permission from the Cayuga Nation or Halftown to use their likeness in the episode and is seeking damages for defamation. (A Showtime spokesperson did not immediately respond to a request for comment.)

“[Showtime] did little service to the Nation’s rich history, and … chose instead to portray the Nation and Mr. Halftown as being involved in unscrupulous dealings and even criminal conduct,” the lawsuit states. “In this episode of ‘Billions’ is a deliberate and intentional resort to an offensive stereotype of Native Americans as irresponsible, corruptible, and even criminal, thereby exposing the Cayuga Nation and Mr. Halftown to public contempt, aversion, and disgrace.”