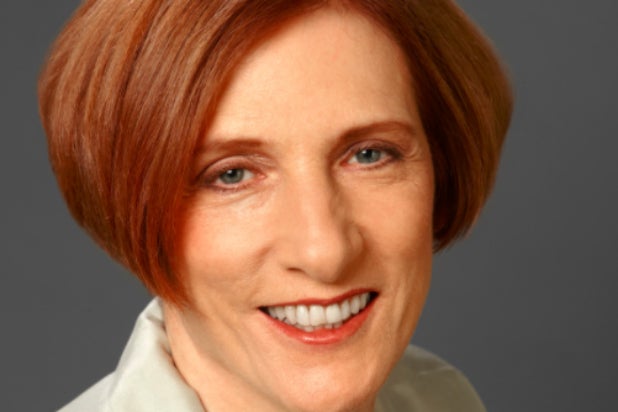 Showtime’s chief negotiator in Hollywood, Melinda Benedek, will retire at the end of the year. She’s been at the premium cable channel for 22 years, which is as long as Showtime’s had original programming.

There’s no decision yet on a replacement for the Business Affairs and Production executive vice president.

“Melinda has touched so much of what we do at Showtime for so long, it’s difficult to imagine our team without her,” said David Nevins, president and CEO, Showtime Networks Inc. — to whom she reports. “I have long valued her sharp mind, her integrity and her cool under pressure. We applaud her decision to begin this exciting next chapter of her life. As sad as we are to see her go, we are thrilled for her personally.”

“I have loved being a part of Showtime’s evolution and growth over the last 22 years — my title has been the same, but my job continuously changed as we developed and executed different programming strategies for the network,” said Benedek. “However, the time has come to explore some of the other lives I have wanted to live, and relocate for part of each year to Europe where I grew up.”

Prior to joining Showtime in 1995, Benedek spent four years as head of Business Affairs of the feature film division of Twentieth Century Fox. Immediately before that, she was executive vice president of Imagine Entertainment — which she had joined at its inception — under the leadership of Ron Howard and Brian Grazer.

Before Hollywood came calling, Benedek was a partner at Pollock, Bloom and Dekom and an associate at Mitchell, Silberberg and Knupp, where she began her legal career. Benedek, who earned her J.D. from the Columbia School of Law, also has degrees from University of Paris and Oxford University, and is fluent or conversant in five languages.