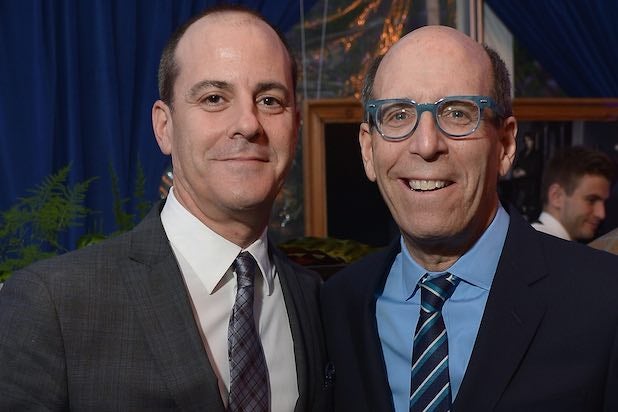 David Nevins, the current President of Showtime, will become the president and CEO of the network, while current chairman and CEO Matthew Blank will remain as chairman, the company announced Thursday.

Blank, who has served as chairman and CEO since 1995, will make the transition on Jan. 1, 2016. In his new role, Nevins will be responsible for all aspects of the daily and strategic management of the division.

In addition to his current role, which includes all creative development and acquisition of premium programming, marketing and other duties as noted below, Nevins’ new role will add responsibility for all of the other business functions at Showtime. In connection with his appointment to CEO, Nevins’ term of employment is extended through the 2018 calendar year.

See photos: Best of 'Office With a View'

“David is quite simply one of the most brilliant creative minds in our business today and a great business manager as well, a combination that is both rare and incredibly valuable,” Leslie Moonves, president and CEO of Showtime parent company CBS Corp., said.

Before joining Showtime, Nevins was an Emmy Award-winning producer and network programming executive. He served as president of Imagine Television from 2002-2010, where he oversaw development and production, and was an executive producer on all Imagine Television shows.

Prior to joining Imagine, Nevins served as executive vice president of programming at Fox Broadcasting Company. There, he oversaw all development and current programming for such series as “The Bernie Mac Show” and “Malcolm in the Middle,” as well as the Emmy and Golden Globe Award-winning first season of “24.”

Previously, Nevins served as senior vice president of primetime series at NBC, where he was responsible for the development and creative supervision of such dramas and comedies as “ER,” “The West Wing,” “Will & Grace,” “Homicide: Life on the Street” and “Law & Order: SVU.”

Blank has been with Showtime Networks Inc. since 1988, assuming the position of president and CEO in 1991, and then Chairman and CEO in 1995. Prior to that, he served as executive vice president of marketing, where he oversaw all of the networks’ consumer marketing, creative services and public relations functions. Before joining Showtime Networks, Blank worked for HBO for 12 years, departing as senior vice president of consumer marketing.

Showtime recently announced that it will offer a standalone streaming service beginning in July. In addition to unlimited, on-demand access to every season of the channel’s original series, subscribers will have access to movies, documentary and sports programming, along with the live broadcasts of the East Coast and West Coast feeds of Showtime.