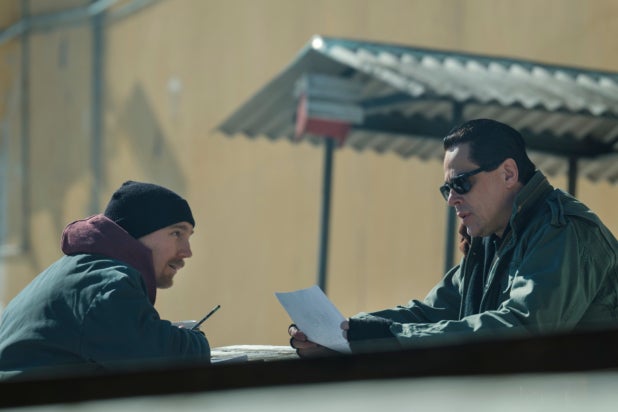 Showtime is launching a companion podcast for its upcoming limited series from Ben Stiller, “Escape at Dannemora,” that will delve into the real-life events that inspired the drama.

The limited series, which is directed and executive produced by Stiller, is based on the 2015 prison break from Clinton Correctional Facility. Two escapees — both convicted murderers — broke out of the Upstate New York facility, aided by a married female prison employee who reportedly carried on affairs with both men while supervising them in the tailor shop. It spawned the largest manhunt in the history of New York State.

The podcast, which is produced by Wondery’s Real Crime Profile, will dive deeper into the real-life events and feature interviews with cast-members, real people involved in the case and the creators.

The podcast will run every Wednesday through January 2.

You can exclusively listen to the first episode, which will be available at midnight, below:

The series stars Benicio Del Toro and Paul Dano as the two escapees, Richard Matt and David Sweat, while Patricia Arquette plays Joyce “Tilly” Mitchell, the prison employee who, after becoming sexually involved with both men, assists them in their jailbreak. The cast also includes Hunt, Eric Lange and David Morse.