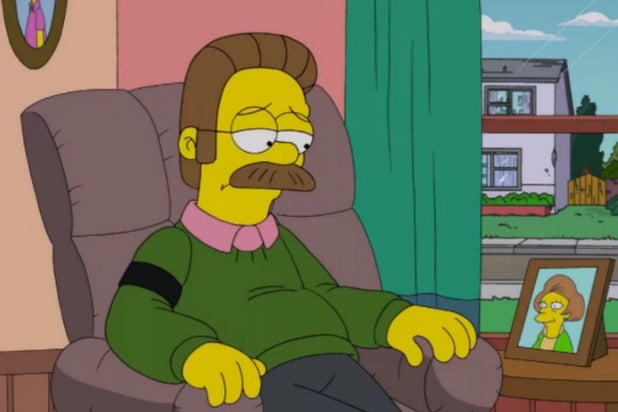 In the below clip, Krabappel offers several lines and one final famous guffaw. A somber Flanders laments, “Sure do miss that laugh.”

It was Wallace’s final voice appearance on the animated sitcom, a “Simpsons” insider told TheWrap.

Wallace voiced Krabappel — a character that originally came to fame as Bart’s teacher — for 24 years before the actress succumbed in 2013 to a 28-year battle with breast cancer.

The animated Fox comedy has paid other tributes to Wallace this season. In November, Bart remembered his teacher in the show’s staple opening chalkboard gag. Later, a holiday opening credits sequence featured Krabappel wearing angel wings in a split-second moment (the 1:14 mark) of the second below video.