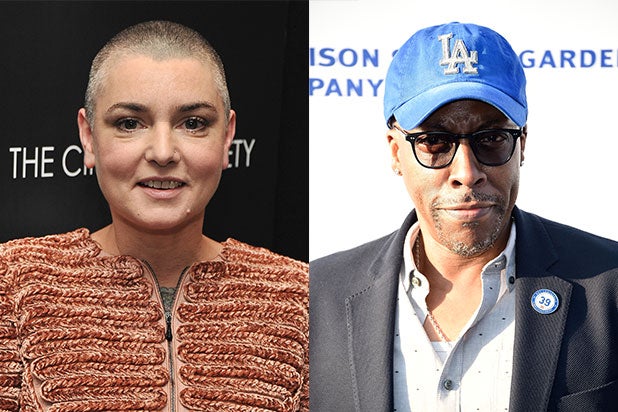 Sinead O’Connor has apologized to Arsenio Hall for accusing him of supplying drugs to Prince and insinuating he had something to do with the singer’s death last year.

“I apologize for my Facebook posts about Arsenio Hall to the extent that anyone thought I was accusing him of acting as Prince’s drug dealer and supplying him with illegal hard drugs, or insinuating that Arsenio had something to do with Prince’s death,” she said in a statement obtained by TheWrap. “I sincerely apologize because those statements would be false, and I retract them unequivocally,” she continued.

In a Facebook post in May of last year, O’Connor claimed that Hall provided Prince, who died April 21 at age 57, with drugs. She also said that Hall had “spiked” her.

Hall denies the allegations and filed a $5 million libel lawsuit three days later. O’Connor, at the time, scoffed at his “laughable threats.”

In a post titled “REGARDING ARSE-INIO HALL’S LAUGHABLE THREATS,” O’Connor wrote, “I’m more amused than I’ve ever dreamed a person could be and look forward very much to how hilarious it will be watching him trying to prove me wrong.”

Prince was found unresponsive in the elevator of his Paisley Park, Minnesota, home a week after reportedly being treated for an overdose of the opioid painkiller, Percocet. He reportedly had painkillers in his possession at the time.

Hall has dismissed his lawsuit following O’Connor’s apology. “Arsenio Hall and Sinead O’Connor announce that Sinead has retracted and apologized for statements she made about Arsenio last year, which prompted his defamation lawsuit against her, and the lawsuit has been resolved,” read a joint statement sent to TheWrap by Hall’s publicist.

Representatives for O’Connor have not yet responded to TheWrap’s request for comment.