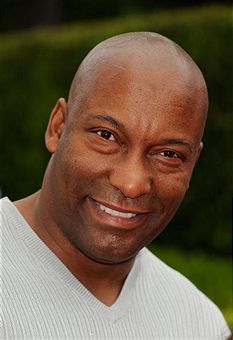 "Abduction" follows a young man who stumbles upon his own baby picture on a missing persons website, a discovery that rocks his world and leaves him running for his life.

The film will be the first real test of Lautner’s box office mettle. For his part, Singleton scored a $50 million opening in 2003 with Universal’s "2 Fast 2 Furious," en route to a $127 million domestic gross. Of course, that sequel came on the (w)heels of the surprise hit "The Fast and the Furious," though Singleton has managed to make modest hits out of "Shaft" and "Four Brothers."

Singleton doesn’t have much experience within the thriller genre, but he is known for getting surprisingly good performances out of young, raw talent. Just look how he inspired Tyrese Gibson in "Baby Boy" and Tupac Shakur in "Poetic Justice."

The director, who burst onto the Hollywood scene in 1991 with "Boyz n the Hood," has kept pretty quiet since 2005’s "Four Brothers" aside from an upcoming installment of ESPN’s "30 for 30" about disgraced Olympic runner Marion Jones. He recently produced Craig Brewer’s "Hustle & Flow" and "Black Snake Moan," and has been attached to a proposed "Luke Cage" movie for a while.

Shawn Christensen, lead singer of the awesome band stellastarr*, wrote the screenplay, which was purchased at auction in January. The story is based on an idea by Jeremy Bell of Gotham Group, which produces along with Vertigo and Lautner’s Tailor Made. Christensen also has the sci-fi thriller "Karma Coalition" in development at WB.