Crisis PR specialist Sitrick and Company, Inc., has been purchased by an international consulting group that plans to merge it with a similar firm, creating a corporate advisory and restructuring subsidiary to be led by Michael Sitrick. 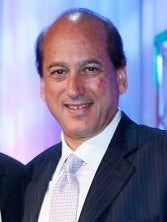 Resources Connection said Thursday that it acquired both Sitrick and Brincko Associates, a Riverside, California-based corporate turnaround firm, for an aggregate $43.3 million in cash and shares of restricted stock.

The combined companies will be called Sitrick Brincko Group, LLC.

John Brincko will be president and chief operating officer.

The division of the purchase price was not disclosed, but Sitrick, having the larger of the two firms, presumably was paid the lion's share.

"Like John (Brincko), I have had many opportunities to sell or merge my business over the years but chose to stay independent," Sitrick said in a statement. "This combination gives me an opportunity to not only partner with one of the most respected people in the corporate advisory and restructuring business, but to operate on a global platform utilizing the outstanding professionals of Resources Global Professionals."

Sitrick has represented a bevy of troubled corporations, celebrities and organizations in times of crisis, including Rush Limbaugh and Halle Berry, key players in the Michael Jackson estate case, Orange County when it went into bankruptcy and the Archdiocese of Los Angeles during the priest sex-abuse scandal.

The transaction is subject to conditions of closing, which is expected in 30 days.

"All one has to do is to read the daily headlines to see why we are so excited about this acquisition," Murray said in a company statement. "Despite predictions that the recession is over, the business landscape remains littered with troubled companies and indeed whole industries. … We believe this transaction provides significant opportunities for growth."

Resources, with more than 2,000 consultants and 82 locations globally, serves more than 2,100 clients and is based in Irvine, California. Brincko Associates is an international management consulting firm established in 1979.

Besides crisis PR, Sitrick and Company also specializes in corporate, financial and transactional communications. Founded in 1989, it has offices in Los Angeles, New York, San Francisco and Miami.