Tom Sizemore will not have to sit through the spectacle of a public trial for domestic violence after all thanks to a deal worked about between his lawyers and the Los Angeles City Attorney.

Judge Karla Kerlin agreed on Friday to a deal worked out between Sizemore’s lawyers and the city attorney in which the actor will be under 36 months probation, and is to serve 80 hours of community service teaching drama to youths at the Hollenbeck Youth Center. 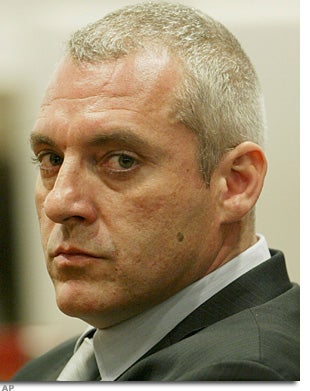 The judge also requested a follow-up report on Sizemore’s progress, set for Oct. 4.

Sizemore, who appeared in “Saving Private Ryan” and Oliver Stone’s “Natural Born Killers,” was charged with domestic battery last fall as the result of a beating incident with companion Monique Allen near downtown L.A. on Aug. 5.

More frequently appearing in straight-to-DVD films and on Starz’s “Crash” nowadays, Sizemore, was on the last season of VH-1’s “Celebrity Rehab With Dr. Drew” and this season of “Sober House,” both of which were filmed before last summer’s incident.

The judge also ordered that Sizemore is to have no contact with Allen.

"Tom’s a human being and he’s got his life in order and is looking forward to reaching out and being of service," the always nattily attired Mark McBride, the actor’s primary lawyer and longtime friend, told TheWrap.

"I don’t know if all actors want to teach, but Tom is really looking forward to working with these kids."

In and out of the news in recent years for his run ins with the law, this latest incident occurred on the desolate the 100 block of Beaudry Avenue , near a freeway underpass.

Arrested after  striking his female companion repeatedly, the actor, who was involved in a similar situation with the same woman in February 2009, could have faced over a year in jail and a hefty fine if found guilty in a trial.

That incident was added to the charges Friday, and McBride pleaded no contest for his client.

This was not the 45-year old actor’s first case of domestic violence in front of the courts.

Sizemore, who has had various drug offenses and parole violations in the last decade, was convicted in 2003 of assault and battery of then-girlfriend Heidi Fleiss. The former infamous Hollywood madam who was featured with the actor on both the most recent seasons of “Celebrity Rehab” and “Sober House.”