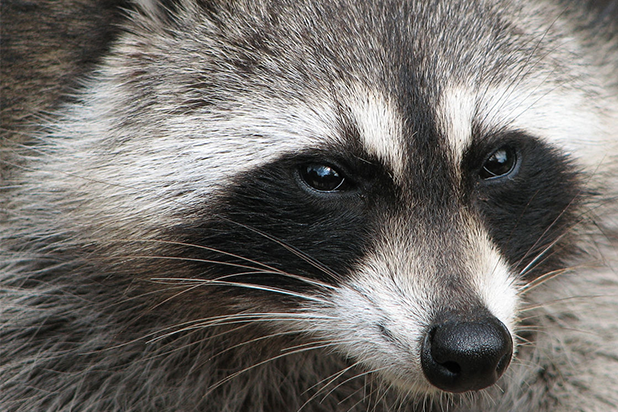 That’s not spiderman — it’s a raccoon.

A groundswell of observers are taken with a raccoon that scaled the UBS building in St. Paul, Minnesota (and no, as far as we know, it’s not Rocket from “Guardians of the Galaxy”). Minnesota Public Radio was quick to dub the critter the #MPRaccoon on Tuesday, and the hashtag has been trending on Twitter since. Someone even made an account for the animal, tweeting out “I made a big mistake.” By Wednesday, the raccoon’s account had more than 3,500 followers.

St. Paul Animal Control lured the raccoon to the top of the building using cat food, and the animal is safe as of Wednesday morning, according to ABC7 News.

I made a big mistake. #mprraccoon

Not only did the raccoon draw attention in St. Paul, but has captured the attention of the internet as well.

“Those are some super claws!” tweeted one reporter.

“Not the hero we deserve but the one we need right now,” tweeted another user.

“Treat yourself and other people the same way you’d treat this raccoon,” added another.

Also Read: Chelsea Clinton Thanks the Twitter Trolls for All the Howdy Doody Comparisons

See below for more online reaction to the raccoon’s heroics.

Can’t get enough of #MPRaccoon on @ABC7, after he successfully scaled a 20+ story building in Minnesota while cameras rolled. UBS Plaza shared this pic of him caged on the roof this AM & said wildlife officials we’re picking him up. Those are some super claws! #RaccoonWatch2018 pic.twitter.com/KKQQ4L6Wws

Not the hero we deserve but the one we need right now. #MPRaccoon pic.twitter.com/bACwSnNPHW

If you're going through hell, take a nap, then keep going.

Can we please have a victory parade for #MPRaccoon pic.twitter.com/yn19QeDbYI

I’ve been keeping up with #MPRaccoon for hours. No matter how this ends, can someone please just tell me he’s adopted and has food and shelter for the rest of his life ?

The world needs #MPRaccoon to show us what we are capable of if we truly believe in ourselves and have a supportive network.

#MPRaccoon Thank God you're all right. Now that the collective nation can exhale, do you mind explaining what in the hell you were thinking? pic.twitter.com/KOh7U3xitY

#MPRaccoon was invited by Trump to visit the WH and declined the invitation. pic.twitter.com/AEysRXyaD9