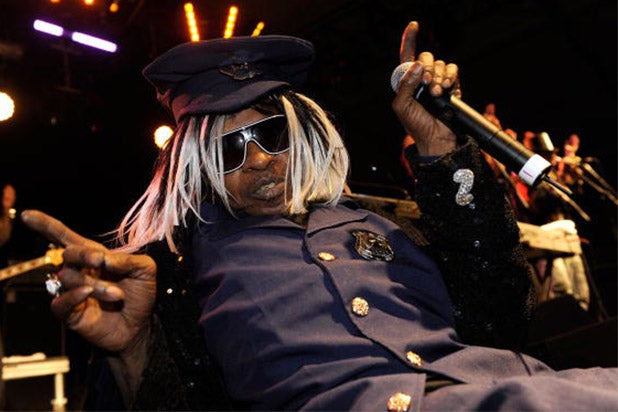 Legendary funk artist Sly Stone, who sued his former manager and an entertainment attorney, saying they diverted and misappropriated royalties owed him for more than 20 years, was awarded $5 million by a Los Angeles jury Tuesday.

The Los Angeles Superior Court panel deliberated for about two days before finding in favor of the singer — whose real name is Sylvester Stewart — and against ex-manager Gerald Goldstein, lawyer Glenn Stone and Goldstein- affiliated entertainment company Even St. Productions Ltd.

“They just wanted to punch this poor guy in the face,” Nicholas Hornberger, one of Stone’s attorneys, said after the verdict.

Hornberger said the jury would have been justified in awarding even more money. He said the case illustrated how many artists in the music business, as well as the film industry, are victimized by the people who they trust to look after their interests.

The jury assessed $2.5 million in damages against Even St. Productions, $2.45 million against Goldstein and $50,000 against attorney Glenn Stone.

The former frontman for the band Sly and the Family Stone, testified he filed his lawsuit in January 2010 to get what he believed was owed to him. “I couldn’t get any money,” the 71-year-old Stone said.

When another of his attorneys, Robert Allan, inquired if Stone received any royalty statements from Goldstein or anyone else from 1989-2009, he said, “Not that I know of.”

According to Hornberger, Goldstein used the allegedly diverted royalties to live a lavish lifestyle and purchase luxurious properties. Attorney Gregory Bodell, on behalf of Goldstein and Glenn Stone, said the singer broke promises in a 1988 agreement to make new records as part of a joint effort to revitalize his career.

Bodell said the singer owned a half interest in both companies and was paid millions of dollars during his association with Goldstein and Glenn Stone. However, the jury found in favor of Stone in a cross-complaint filed by the defense.

Stone formed Sly and the Family Stone in 1966, and the group was successful for a decade before breaking up in the mid-1970s. Their hits included “Everyday People,” “Dance To The Music,” “Family Affair,” “Hot Fun in the Summertime” and “Thank You.”

Stone developed a cocaine problem and eventually fell on hard times, during which he lived out of a camper with electricity provided by a family in the Crenshaw District, according Hornberger.

Allan said a second phase of trial to determine other issues in the case will take place later before Judge Mark Mooney instead of a jury.

Goldstein is himself a former musician who was once a member of The Strangeloves. He co-wrote The Angels’ “My Boyfriend’s Back” and “Come on Down to My Boat Baby” for Every Mother’s Son. He also produced music for the band War.