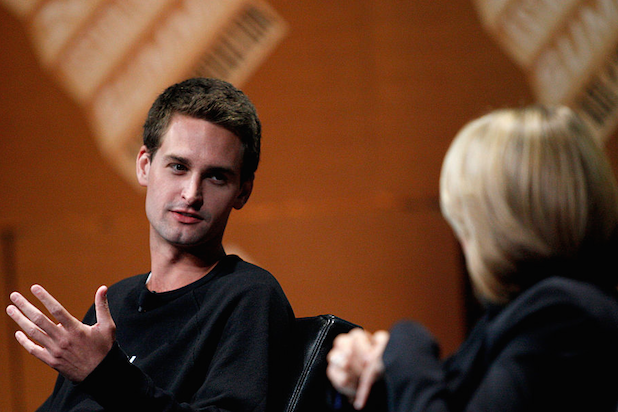 The co-founder of Snapchat pulled in $636.6 million last year thanks to a massive stock grant when the Venice, California-based company went public last year, according to an SEC filing on Thursday.

Spiegel’s payout was especially big, even by chief executive standards. The 27-year-old received the third-highest yearly payout ever, as Reuters pointed out, and the biggest in the last nine years. He also received another $1 million for company expenses and $561,892 for security services. The CEO’s payout was considerably higher than other tech bosses like Apple CEO Tim Cook, who earned $12.8 million in stock compensation and salary in 2017.

Snap, on the other hand, had a rollercoaster 2017. The company’s anticipated debut on Wall Street saw shares of Snap initially run from about $17 to $27, but several underwhelming earnings reports and the increased strength of Instagram sent the stock below its IPO price. The company lost more than $700 million on the year.

Things picked up in Q4, though, with Snap posting better-than-expected revenue and user growth. Shares of Snap bounced from about $14 to $20 on the news earlier this month. Some of that enthusiasm has waned in the following weeks, with more than a million people signing a petition for Snapchat to undo its recent app redesign. Shares have slid to about $17.50 a share, as analysts and Snapchatters have complained about the new look. Kylie Jenner added the “icing on the cake” on Thursday, as one analyst told TheWrap, by tweeting the updated Snapchat was “so sad.”