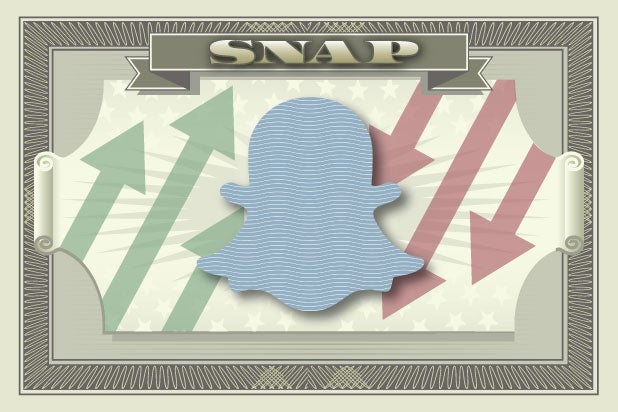 It looks like Snapchat’s redesign wasn’t too popular after all, with Snap Inc. posting feeble user growth and missing the mark on revenue when the company reported its Q1 earnings on Tuesday.

Even more concerning for Wall Street was its user growth, with Snapchat only gaining 4 million daily active users during the first quarter — about 3 million below analyst expectations. It was the fewest amount of users Snap has added in a quarter since going public 14 months ago. This comes after Snap reported a better-than-expected 8.9 million new users for its previous quarter. Snapchat now has 191 million DAUs.

“As we have mentioned on our past two earnings calls, a change this big to existing behavior comes with some disruption, especially given the high frequency of daily engagement of our community,” said CEO Evan Spiegel in his prepared remarks. “We are already starting to see early signs of stabilization among our iOS users as people get used to the changes, but still have a lot of work to do to optimize the new design, especially for our Android users.”

Wall Street is pummeling the stock in after-hours trading, with Snap shares down 16 percent to about $11.80 a share.

Snap is also making less money off of its users than it previously has, with the company reporting $1.21 in average revenue per user — a drop from the $1.53 ARPU Snap reported for the fourth quarter of 2017.

It doesn’t sound like things are going to turn around soon for Snap, either, with CFO Drew Vollero saying Snap’s Q2 revenue growth rate will “decelerate substantially from Q1 levels.” Snap’s revenue was up 54 percent year-over-year.

As usual, it was an interesting quarter for Snap. The company rolled out its app redesign, creating a starker separation between friends and publisher content. Spiegel said the move would make the app “easier to use.” It was met with heavy resistance, though, with more than 1 million Snapchatters signing a petition for the company to revert back to its old design. Even celebs like Kylie Jenner got in their punches on Snap, saying the redesign was “so sad.”

Snap also let go of several hundred workers during the first quarter, including about 100 members from its advertising team, and another 120 engineers.

The app’s strength among Gen Z was reinforced in March, when Snap Maps highlighted students walking out of school to protest gun violence.

Also Read: Rihanna Slaps Back at Snapchat for 'Ignorance,' Making a 'Joke' Out of Domestic Violence

Snap will hold a conference call at 5 p.m. ET. to discuss its earnings.