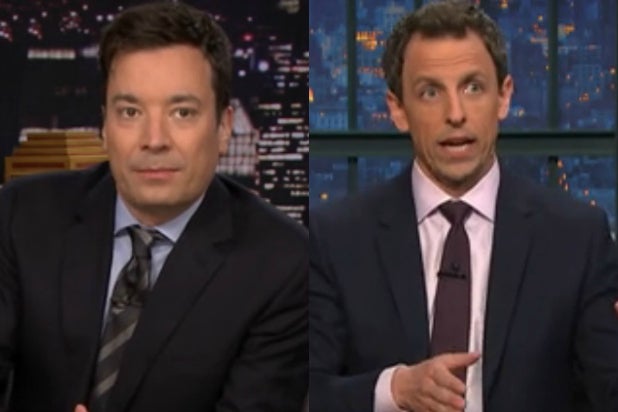 “SNL 40” was a pretty epic three-and-a-half hours of comedy on Sunday night — but the show itself sounds like it doesn’t even compare to its legendary after-party.

To hear NBC late-night hosts Jimmy Fallon and Seth Meyers recap it, the romp at the Plaza Hotel may have doubled as the best concert of all time, featuring “Saturday Night Live” icons like Dan Aykroyd and Bill Murray playing alongside some of the most celebrated musicians ever, including Paul McCartney and Prince.

But don’t let us tell you about it — watch Fallon and Meyers spin a yarn below. Clearly both of them were running on little-to-no sleep; we’ll let readers decide if the former “Weekend Update” anchors appeared a touch hungover as well.

Earlier on “The Tonight Show” segment, Fallon shares some incredible anecdotes from the rehearsals — so don’t fast-forward through that gold.