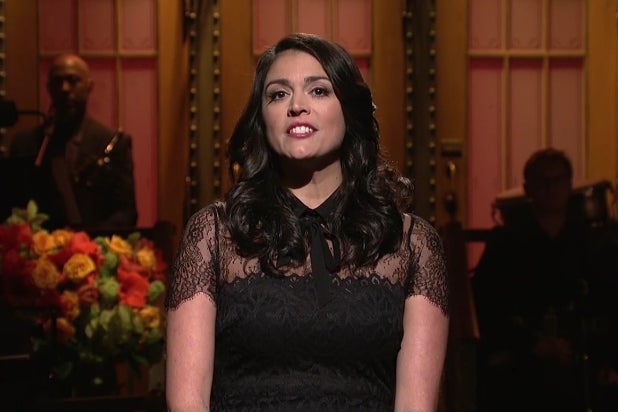 “Paris is the city of light. And here in New York, we know that light will never go out,” Strong said, appearing to become visibly choked up. “Our love and support is with everyone there tonight. We stand with you.”

She then repeated the message in French.

Watch the video of Strong’s cold open below.

We stand with you, Paris. https://t.co/hqUX4oqWMj