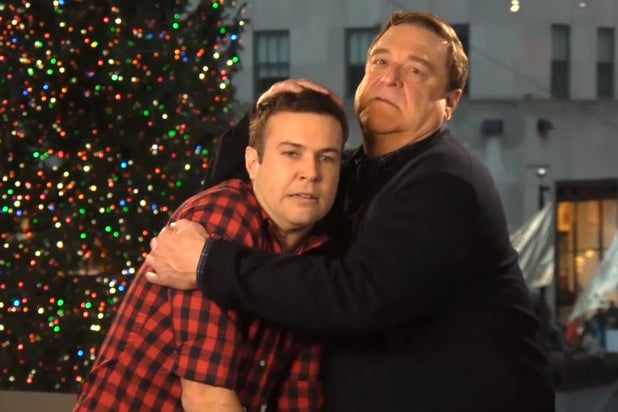 John Goodman is hosting “SNL” this week for the 13th time, a day after Friday the 13th.

“Lucky number 13, what could go wrong?” the “Inside Llewyn Davis” actor cryptically asked in the promos as a black cat crossed his path.

Well, for starters, Goodman could lose his mind at an innocent “Roseanne” reference by “Saturday Night Live” star Taran Killam. That happens.

The clips promoting this weekend’s episode also include Killam dropping the “best joke over” (it’s the worst) before zooming back to his native outer space, the duo performing most horrifying Christmas caroling of all time, and some tourist heckling from inside the Rockefeller Center tree by shrunken versions of the two actors.

Goodman will be relieved Saturday by Kings of Leon, who is not to be confused with the musical act the last time he hosted, Mozart. His joke, not ours.