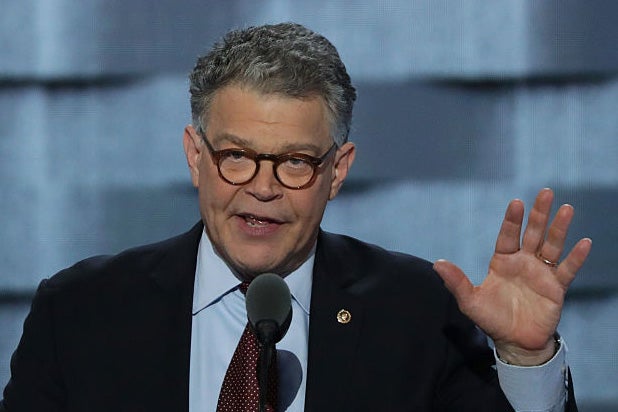 Senator Al Franken may not be getting support from a lot of the female population right now, but at least 36 women have got his back.

Over three dozen women who worked with Franken on “Saturday Night Live” on Tuesday signed a letter of support for the former cast member, who has recently been accused of sexual misconduct by at least two women.

Franken spent 15 years on the series as a writer and performer, and it looks like made a positive impact on many of the women on the show, as they are willing to go to bat for him — publicly.

“We feel compelled to stand up for Al Franken, whom we have all had the pleasure of working with over the years on Saturday Night Live (SNL),” begins the statement. “What Al did was stupid and foolish, and we think it was appropriate for him to apologize to Ms. Tweeden, and to the public.”

“In our experience, we know Al as a devoted and dedicated family man, a wonderful comedic performer, and an honorable public servant,” they continued. “That is why we are moved to quickly and directly affirm that after years of working with him, we would like to acknowledge that not one of us ever experienced any inappropriate behavior; and mention our sincere appreciation that he treated each of us with the utmost respect and regard.”

“We send our support and gratitude to Al and his family this Thanksgiving and holiday season,” the statement concluded.

The letter of support comes less than a week after former model and L.A. radio host Leeann Tweeden came forward to accuse the former comedian of kissing and groping her without consent during a USO tour in 2006.

On Monday, a second accuser, Lindsay Menz, told CNN that Franken grabbed her behind while they were snapping a photo together at the Minnesota State Fare in 2010.

Franken issued an apology after Tweeden’s accusations and an additional statement saying he didn’t remember the incident with Menz, but “felt badly” if she had felt “disrespected” by their interaction.

You can read the statement below.