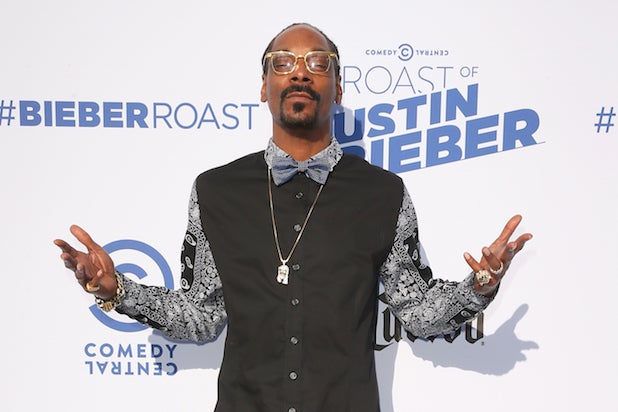 Good news, Kevin Hart; Snoop Dogg is in your corner.

Rapper and marijuana enthusiast Snoop Dogg fired up his Instagram account to deliver a message to Hart on Friday, a day after Hart exited as the next host of the Oscars, due to the uproar over resurfaced, anti-gay tweets that Hart had written.

Snoop Dogg also made it clear, presumably as a preemptive move, that he wouldn’t be available to take Hart’s place as Oscars host.

The rapper concluded with a dig at another awards ceremony, declaring, “And f— the Grammys, too.”

Hart announced that he was exiting as Oscars host, just two days after he was announced for the gig, on Thursday, saying he did “not want to be a distraction” and adding, “I sincerely apologize to the LGBTQ community for my insensitive words from my past.”

“I have made the choice to step down from hosting this year’s Oscar’s [sic]….this is because I do not want to be a distraction on a night that should be celebrated by so many amazing talented artists,” Hart said on Twitter. “I sincerely apologize to the LGBTQ community for my insensitive words from my past.”

“I’m sorry that I hurt people,” he continued. “I am evolving and want to continue to do so. My goal is to bring people together not tear us apart. Much love & appreciation to the Academy. I hope we can meet again.”

Hart deleted the tweets on Wednesday.

In an Instagram video Wednesday, Hart told his followers: “I swear man, our world is becoming beyond crazy. I’m not going to let the craziness frustrate me.”

“I’m almost 40 years old, if you don’t believe people change, grow evolve as the get older, I don’t know what to tell you,” he said defiantly.

Watch Snoop Dogg add some smoke to the fire below.