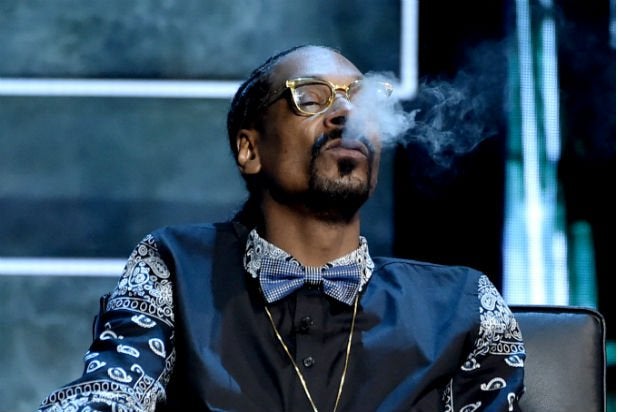 Ah, 4/20. A stoner’s dream, a pothead’s paradise. Call it what you want, but with the growing number of states steadily passing laws allowing for medical marijuana and others going full-throttle and legalizing it for recreational use, April 20 has renewed meaning.

Thus, despite the usual array of madness that’s going on in the world today, many folks are kicking back, lighting up and chillin’ in honor of the day where it’s publicly acceptable to acknowledge and embrace their inner-stoner.

Add to that that Sen. Charles Schumer announced in a tweet (on 4/20 no less!) that he plans on introducing legislation to decriminalize marijuana on the federal level, stoners have an extra reason to celebrate.

THREAD: It’s official. Today, I am formally announcing my plan to decriminalize marijuana at the federal level. It’s time we allow states, once and for all, to have the power to decide what works best for them.

Thus, it should come as no surprise that folks like OG stoners Cheech and Chong and Snoop Dogg are celebrating the day. Even those who aren’t — like “Law & Order” star/rapper Ice-T — chimed in voicing their support.

Happy 420 from your favorite Stoner! pic.twitter.com/gKbbPOs7rN

The only thing I love more than smoking weed is getting high!! #420day

Happy 420. Today's forecast: Cloudy with a Chance of Meatballs pic.twitter.com/PMwBE2VMCb

Not to be outdone, the Twitter accounts for Deadpool and Walking Dead got in on the fun.

Happy #420Day everyone! Let’s be careful out there! pic.twitter.com/qLLDEU7xQO

When you wake up and realize it's #420day pic.twitter.com/f3OMAfrFg4

In the name of safety, several police departments throughout the country warned people what they could and couldn’t do in their respective municipalities.

Today is #420. Please smoke your marijuana responsibly! And by responsibly we mean take the time to visit our website for laws on MJ. https://t.co/3FBMZiraks

The little bit of time it takes to read over these quick facts, is worth more than the time you could spend behind bars! pic.twitter.com/1aHsRboJ6j

Happy “420” day!
Or as we like to call it:
Happy “Chesterfield Municipal Ordinance # 55 day”
Remember, marijuana is still illegal in these parts. Have a great smoke free weekend pic.twitter.com/jHesTVIRcD

We realize it's 420 but we want to remind folks visiting from Vermont that recreational marijuana use is still illegal in New York. While you're visiting #Saratoga Springs, we'd prefer that you just get high on life. https://t.co/Q5lEHPs7c7