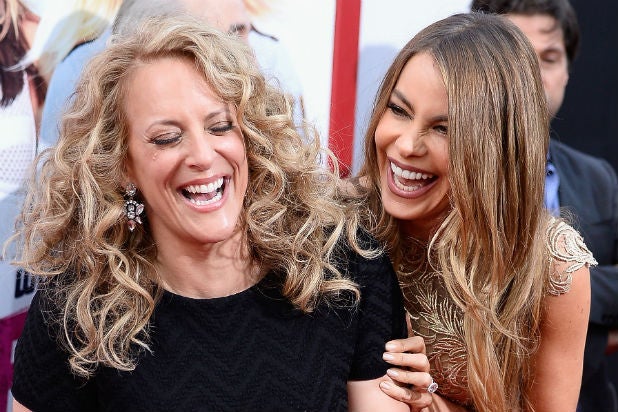 While their engagement was called off in May 2014, Loeb filed a lawsuit against Vergara for the rights to two frozen female embryos made during their relationship — a campaign invoking religious and paternal rights that he’s carried out in the New York Times and on cable news.

“I feel like everybody else does, it’s really rude and inconsiderate for her life,” Fletcher told TheWrap in a wide-ranging interview. “It’s personal.  Nobody should be talking about this, this is about her.”

Also Read: 'Hot Pursuit' Director Anne Fletcher on Bad Reviews, Gender Equality in Hollywood: 'I Don't Expect Anything From Anybody'

Vergara had little choice but to comment, considering the national press circuit she’s been working with “Pursuit” co-star and producer Reese Witherspoon.

“The fact that he’s out there doing what he’s doing is completely disrespectful… I don’t know what anyone is doing going to the press unless its life or death. Like [saying] ‘Our child is missing.'”

Fletcher credits “the grace Sofia has in every ounce of her being” for carrying on with promotion, and her new life with fiance and “Magic Mike XXL” star Joe Manganiello.

Loeb took the issue wide when he wrote about their legal battle over the embryos for the New York Times, because “embryonic custody disputes raise important questions about life, religion and parenthood.”

“Why not just move on and have a family of your own? I have every intention of doing so,” Loeb wrote. “But that doesn’t mean I should let the two lives I have already created be destroyed or sit in a freezer until the end of time. For as long as I can remember, I have dreamed of being a parent.”

Before Loeb wrote the piece for the Times last month, Vergara’s lawyer released a statement saying Loeb’s claims are “uncredible and hold no merit.”

“Vergara has never wanted to destroy her embryos,” attorney Fred Silberberg said in a statement. “Vergara, who has happily moved on with her life, is content to leave the embryos frozen indefinitely as she has no desire to have children with her ex, which should be understandable given the circumstances.”

The contract the former couple signed at the fertility clinic states that the embryos can only be brought to term with both parties consent, and it does not appear Vergara will give hers.

Loeb, however, isn’t done fighting, and made a duel TV appearance on Thursday to further argue his side of the dispute, stressing he views the embryos as “lives.”

“I’ve always believed that life begins at conception,” Loeb said during a CNN “New Day” interview. “How else would I define what two embryos are that happen to be female? I can’t say these are female property. These are lives. And they’re on a journey and a pathway to being born.”

"Gloria's colorful, she's honest, she's out there, she cares about people. She's loud, but I am loud. She's crazy, but I am crazy. It's not a problem…"

"I really had no interest in being an actress, but I wanted to see what happened. I got the part and I liked it and said, 'Maybe I can do this. I'll stay here six months, one year, see what happens.' Twelve years later, I haven't left." (Dress by Amelia Toro.)
View In Gallery