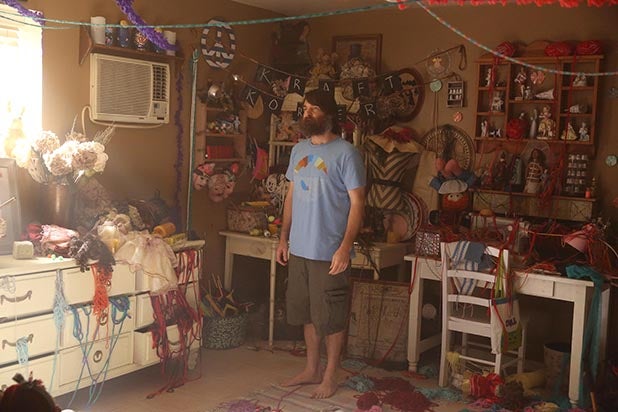 The oddball sitcom from the “Lego Movie” duo will star “Last Man” recurring guest Jason Sudeikis via voiceover. Johnny Pemberton, Cheryl Hines and Tim Meadows co-star on the live-action side.

Upon arriving home on Earth for the first time in 10 years, “Zorn” (Sudeikis), a fully animated, legendary warrior, finds that reconnecting with his live-action son Alan (Pemberton) and ex-wife Edie (Hines), while suffering through a mundane office job and the banality of suburban life, is harder than waging actual war in his distant, mystical original homeland of Zephyria.

“This is utterly unique — there has literally never been a show like this. And, of course, it is very, very funny,” said David Madden, president, Entertainment, Fox Broadcasting Company. “The fantastically talented duo of Phil Lord and Chris Miller are yet again delivering precedent-setting television. Jason Sudeikis makes his animated character sound and feel live-action, and Cheryl, Johnny and Tim have incredible chemistry with him that crosses formats, genres and galaxies.”

Reed Agnew and Eli Jorne wrote the pilot. Lord, Miller and Seth Cohen will executive-produce, alongside Agnew and Jorne, who will serve as showrunners. Eric Appel is director and executive producer.

“Son of Zorn” is produced by 20th Century Fox Television.