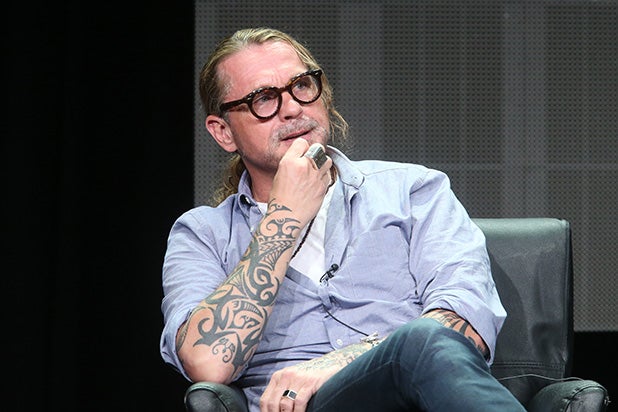 “Sons of Anarchy” creator Kurt Sutter is the latest 20th Century Fox employee to speak out against Fox News, saying in a statement Wednesday that the conservative news outlet is “manipulative propaganda” made to “control the fearful.” But he added that “what I do with FX and Fox 21 is not influenced by that energy.”

“The political decision made by this administration was heinous. But I don’t consider what Fox airs as ‘news.’ It’s manipulative propaganda, run by oligarchs, delivered by puppets, to control the fearful,” Sutter said in a statement Wednesday morning first repoted by THR. “What I do with FX and Fox 21 is not influenced by that energy. Yes, we are all owed by the parent company, but contrarily, at FX, other artists and myself are given the freedom to tell stories that address real issues in a truthful way. I guess we just learn to live with the sad irony that our fiction is more truthful than Fox News’ facts.”

Also Read: Corey Lewandowski Responds With 'Womp, Womp' to Story About Girl With Down Syndrome Separated From Her Mother (Video)

Sutter, whose upcoming “Sons” spinoff “Mayans MC” premieres later this year on FX, joins fellow company employees Steve Levitan (co-creator of “Modern Family”) and Seth MacFarlane in condemning the news channel. A wave of criticism from within the company has erupted in recent days in response to Fox News’ political commentary, and coverage of issues like Trump’s immigration policies.

Levitan tweeted Tuesday morning that he would leave the studio after “Modern Family” finishes its run. He then backtracked slightly, saying that he would “take some time” to think about his future and see where top Fox executives end up after the company is sold. (It is expected to go to either Disney or Comcast.)

“In other words, don’t think critically, don’t consult multiple news sources, and in general, don’t use your brain,” MacFarlane tweeted. “Just blindly obey Fox News. This is fringe s—, and it’s business like this that makes me embarrassed to work for this company.”