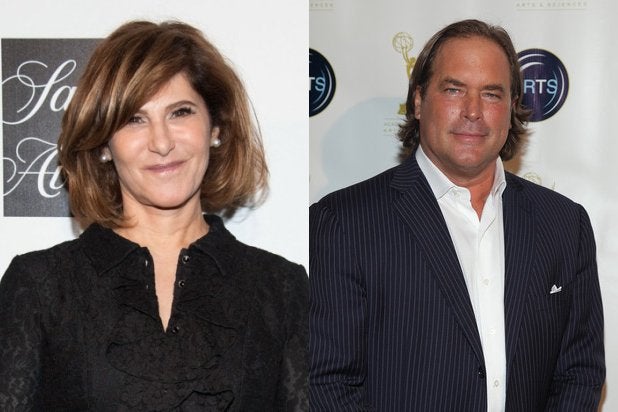 Links to the sites where the mailboxes were made available were posted in a message claiming to be from the Guardians of Peace, the same group that claims to be behind the initial attack. “We have already given our clear demand to the management team of Sony, however, they have refused to accept,” the message stated. “We are sending you our warning again.”

The Microsoft Outlook mailboxes are massive in size, each coming in at multiple gigabytes and purportedly containing thousands of email exchanges, both business-related and personal, as well as contact information for executives at other companies. Sony Pictures Entertainment declined to comment for this story.

The most recent message in one of the files was dated Nov. 22, according to IDG News Service, putting it two days before Sony became aware of the hack on their systems. Nov. 24 was when Sony employees came to work to an ominous message on their computer screens, and virtually their entire systems inaccessible.

Sony is working with the FBI to try and track down those responsible for the initial attacks. In the meantime, the company has seen a slew of data released to the public, including executive salaries, the salaries of James Franco and Seth Rogen for “The Interview,” and the personal data of thousands of Sony employees.

Shortly after the initial hack, five current and upcoming Sony films were released to file-sharing sites, though it is not certain that this was associated with the hack.

Previous leaks of data obtained through the hack have been traced to a hotel in Bangkok, Thailand, according to an individual close to the ongoing investigation.

There has been speculation that the hackers have some association with North Korea, which has been openly critical of the company’s forthcoming comedy “The Interview,” but the country has denied any involvement.

In the film, Rogen and Franco are tasked by the CIA to assassinate North Korea’s leader, Kim Jong-un. A note purportedly from the group behind the hack has demanded Sony “stop immediately showing the movie of terrorism which can break the regional peace and cause the War!”