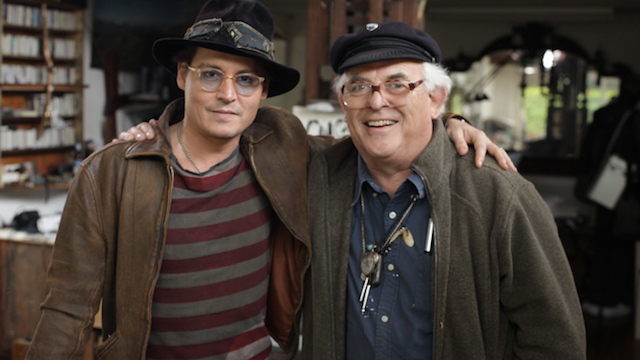 The film, which advertising director Paul has worked on for a decade, is a documentary following the life of artist Ralph Steadman, the illustrator who rose to fame with writer and friend Hunter S. Thompson. Johnny Depp, a close friend of Steadman, is featured in the film.

“Working with Ralph Steadman and using his art as the palette to construct this film, created the perfect canvass for me to make something personal, profound and very beautiful,” Paul said in a statement.

Steadman's work is linked with Thompson's original Gonzo school of journalism as both emerged from the turbulent eras of the Vietnam War and Richard Nixon's presidency. His humorous, occasionally ribald, illustrations adorned Thompson's books and articles and are featured in the likes of "Fear and Loathing in Las Vegas."

The artist also published books on the lives of Sigmund Freud, Leonardo da Vinci and God.

The film's soundtrack features an array of musicians, including Slash, the All-American Rejects, Jason Mraz and Crystal Castles.

“Ralph Steadman is one of the most profound and innovative artists of our generation.  We have always admired his work and in this wonderful film, Charlie Paul opens Steadman's studio and unique creative process to both his admirers and new fans in the process,” Sony Pictures Classics said in the statement.