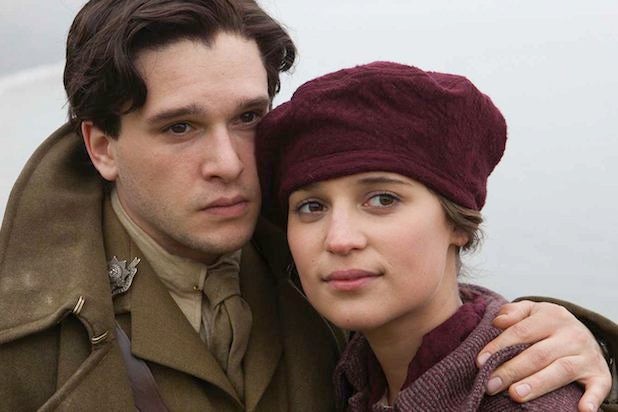 The film, based on Vera Brittain’s memoir of the same name, follows the open-minded author’s journey to overcome prejudices of her family and hometown to win a scholarship to Oxford University, only to join her peers’ fight for their country by volunteering to be a nurse helping the wounded in France.

“Testament of Youth” is produced by David Heyman and Rosie Alison of Heyday Films, co-produced by Celia Duval, and executive produced by Christine Langan and Joe Oppenheimer of BBC Films, as well as Richard Mansell, Zygi Kamasa of Lionsgate UK, Hugo Heppell of Screen Yorkshire, and Henrik Zein of Nordisk.

The deal was negotiated with Mike Goodridge and Vanessa Saal for Protagonist Pictures and SPC.

“Vera Brittain’s heartfelt and powerful memoir defined a generation nearly a century ago.  With ‘Testament of Youth,’ director James Kent, actress Alicia Vikander in a fine performance, producers David Heyman and Rosie Alison and their team, bring this vital story to life in a way that speaks to all generations,” Sony Pictures Classics said in a statement.