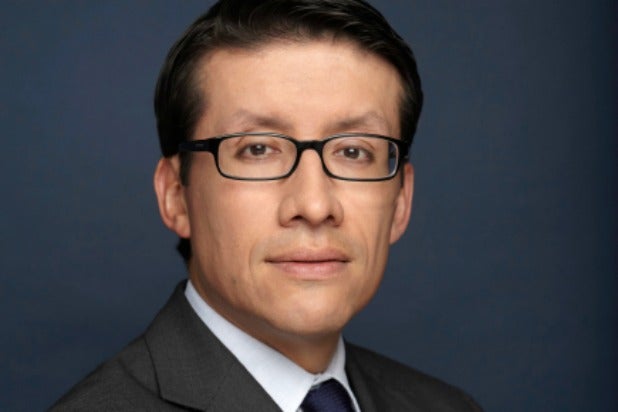 Sony Pictures Entertainment announced on Monday that it has named Erik Moreno as the studio’s new executive vice president of corporate development and mergers and acquisitions.

Moreno, formerly of Time Inc. and the Fox Network Group, has extensive experience in corporate development within the media and entertainment industry.

He will begin Aug. 8 and will report to Sony Pictures Chairman and CEO Tony Vinciquerra and CFO Philip Rowley.

Moreno will work with Sony’s senior executive team to develop growth strategies for the studio, including identifying potential partnership or acquisition prospects and managing other business opportunities.

“I know Erik well, having worked directly with him at Fox, and am looking forward to welcoming him to [Sony Pictures Entertainment],” said Vinciquerra in a statement. “Growing [Sony Pictures Entertainment] remains a top priority for us, and the importance of having a strong M&A leader and team cannot be overstated. And Lauren’s long tenure in strategy and development across entertainment and telecoms is the perfect fit for the Television team as they prepare to face the new challenges of this dynamic market.”

During his time at Time Inc., Moreno, who served as executive vice president and president of corporate development, new ventures and investments, was responsible for formulating and executing the strategy for leveraging the company’s more than 90 brands into new digital businesses and adjacencies.

Prior to Time Inc., Moreno served as senior vice president of corporate development for Fox Networks Group and identified new business and strategic opportunities and worked on the company’s acquisitions and joint ventures. Moreno has also served as co-general manager of Mobile Content Venture, led 21st Century Fox’s efforts ahead of the FCC’s spectrum auction and held roles at eBay Inc. and Level 3 Communications, a global wholesale telecommunications company.

He is a graduate of the Wharton School of the University of Pennsylvania.