These high-profile activists and social media experts will lead the discussion on “Social Media for Social Change” presented by Twitter and I am a voter.

The session will explore how social media has amplified and strengthened many activism campaigns by bringing communities together towards a common cause with something as simple as a hashtag. The panelists will explain how using social media as a platform can help shape policy, politics and everyday life. 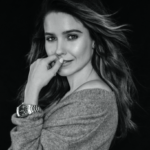 Sophia Bush is an actress, activist, entrepreneur, global education access advocate and I am a voter. ambassador. Named one of the most charitable celebrities by CNN, Bush devotes her free time to bettering girls’ education and the environment. She inspires millions as she uses her personal platform and social media influence to raise awareness and funds for great causes.

Since taking to social media to share her passion for change, Bush has inspired young people to join her in raising nearly half a million dollars for charity, to build primary schools in Guatemala and Laos. 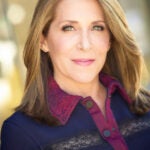 Jessica Yellin is the founder of #NewsNotNoise, a new voice in media that provides daily news reports on Instagram. The mission: to provide a news-wary audience of women and millennials information that leaves them feeling confident, informed and ready to engage.

She is the former chief White House correspondent for CNN and an Emmy and Gracie award-winning political journalist reporting for CNN, ABC News and MSNBC. 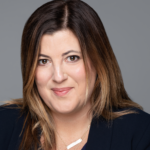 Lara Cohen heads the Global Partnership Solutions team at Twitter. The team is tasked with working with the most influential voices and partners across news, entertainment and sports and helping them best use Twitter to tell their stories and connect with their audiences.

Recently, the team has led activations including partnerships with HBO’s Game of Thrones, the #BeAVoter campaign to get the vote out on Twitter, and the #HerStory campaign celebrating female journalists. The team has also spearheaded a viral celebrity-driven content series called #BehindTheTweets featuring celebrities like Lil Nas X, Blake Lively, Joel Embiid and Cher. 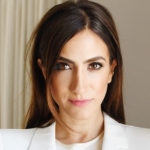 Mandana Dayani is the founder of I am a voter., a nonpartisan group that aims to create a cultural shift around voting and civic engagement. Dayani began her career as a corporate attorney at Paul Hastings before joining stylist and entrepreneur Rachel Zoe to launch the Rachel Zoe Collection and run business development, endorsements, strategic investments, licensing, media and television production for the company.

After six years, Dayani joined EBTH as Chief Brand Officer where she led the company’s rebrand, developed its television show and served as part of the leadership team which raised $84 million in venture capital.