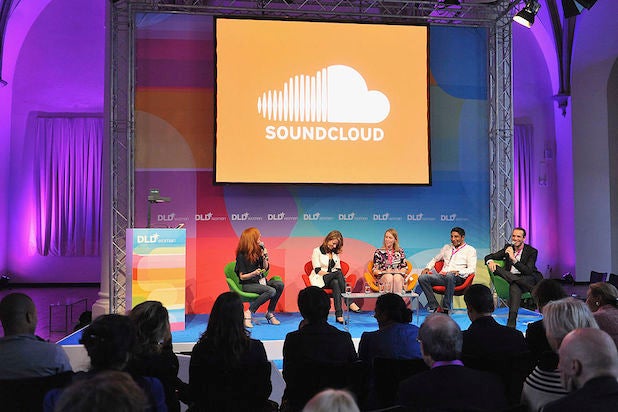 Soundcloud has just secured a much-needed $169.5 million in Series F funding, led by The Raine Group and Temasek — allowing the popular music streaming service to avoid going under. The company declined to share its new valuation with TheWrap.

Founder and chief executive Alex Ljung is being replaced by former Vimeo CEO Kerry Trainor, but will remain with the company as Chairman.

“I’m happy to announce that together with investors The Raine  Group and Temasek we’ve just wrapped up the largest financing round in the history of SoundCloud,” said Ljung in a blog post. “This financing means SoundCloud remains strong, independent and here to stay. As I said, we’re not going anywhere.”

Soundcloud had been on the ropes before its cash infusion, laying off 40 percent of its employees — 173 workers in total — and shuttering offices in London and San Francisco last month.

“By reducing our costs and continuing our revenue growth, we’re on our path to profitability and in control of SoundCloud’s independent future,” said Ljung after the layoffs.

Earlier this week, Ljung told shareholders Soundcloud would fail “to continue as a going concern” if it didn’t accept the $169.5 million, according to an internal document secured by Axios.

The Berlin-based company was founded nearly a decade ago, and has been a popular outlet for emerging artists to share music. But it’s had a difficult time generating revenue from its massive platform, as its Soundcloud Go subscription service failed to catch on.

Fred Davis steered the investment for The Raine Group; the firm focuses on media and technology companies, and Davis has been involved with previous deals for Hulu and Spotify.