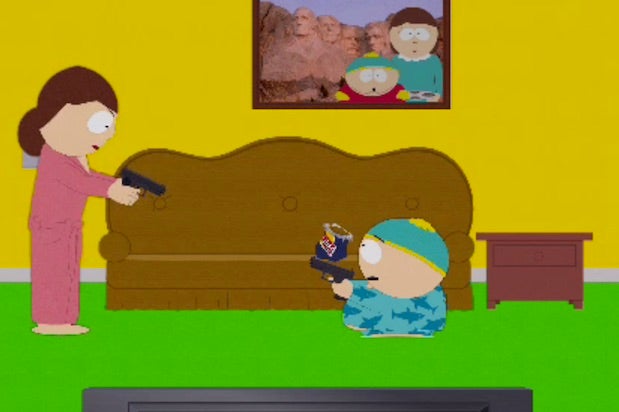 It looks like everyone in “South Park” will be armed this Wednesday during the Season 19 finale.

A preview clip released Monday hints that the episode will skewer the gun control debate that has been raging in America for years, spiking last week after the San Bernardino shooting.

According to a press release from Comedy Central, the citizens of the fictional cartoon town feel safer when armed, but the clip shows Cartman doesn’t hesitate to point a pistol at his own mother to get what he wants.

Meanwhile, the gentrification of South Park is pricing Randy right out of town, and Kyle’s distrust of Stan has broken their friendship, throwing Kyle into a dangerous allegiance.