Southwest Airlines has issued a formal apology, and is opening an internal investigation, after one of its pilots finished off a flight on Friday by saying “Let’s go Brandon” over the intercom to passengers. The phrase has become a colloquial way of saying “F— Joe Biden” among right-wing supporters.

The airline has faced backlash on social media all weekend after an Associated Press journalist reported what she heard on a Friday flight from Houston to Albuquerque on Friday when the pilot used the phrase “let’s go Brandon” over the public address system, saying that it brought on “audible gasps from some passengers.”

“The Southwest Team takes pride in providing a welcoming, comfortable, safe, and respectful environment for the millions of Customers who fly with us each year. Southwest does not condone Employees sharing their personal political opinions while on the job serving our Customers, and one Employee’s individual perspective should not be represented as a viewpoint for Southwest and its collective 54,000 Employees,” the airline said in a statement to TheWrap.

“Southwest is conducting an internal investigation into the recently reported event and will address the situation directly with any Employee involved while continuing to remind all Employees that public expression of personal opinions while on duty is unacceptable. Southwest does not tolerate any behavior that encourages divisiveness, as it does not reflect the Southwest Hospitality and inclusiveness for which we are known and strive to provide each day on every flight.” 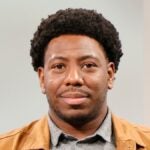 For many though, the statement is not enough, and some are pushing for the outright dismissal of the pilot.

“If you’re going to allow your pilots or staff to incorporate politics into flights, then I’ll find another airline,” one person tweeted. “In addition, I’ll recommend the same action to all the travel nurses I know. It’s bad enough you beat the luggage to h*ll.”

When NASCAR driver Brandon Brown won his first ever NASCAR Xfinity Series on October 2, fans began chanting “F— Joe Biden” during his post-race interview. But, the NBC reporter interviewing him heard something else entirely.

“As you can hear the chants from the crowd — ‘Let’s go Brandon,’” the reporter said, pausing in the middle of her sentence to give the chant time to be fully heard, before asking Brown about his strategy for the race. From then on, the phrase took off. 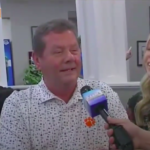 Southwest Airlines did not immediately respond to TheWrap’s request for comment. You can check out more reactions to the incident below.