Spider-Man’s costume will get a retro upgrade with the addition of “wings” in the upcoming “Spider-Man: Homecoming,” TheWrap has learned.

As a treat for attendees, Spider-Man’s brand new costume was unveiled in the footage. An attendee tweeted the following.

The translation from Portugese reads: My God, they showed the new Spider costume! He has wings under his arms!

Web wings have been a staple in Spider-Man comics for years, but haven’t appeared in previous cinematic incarnations of the webslinger. 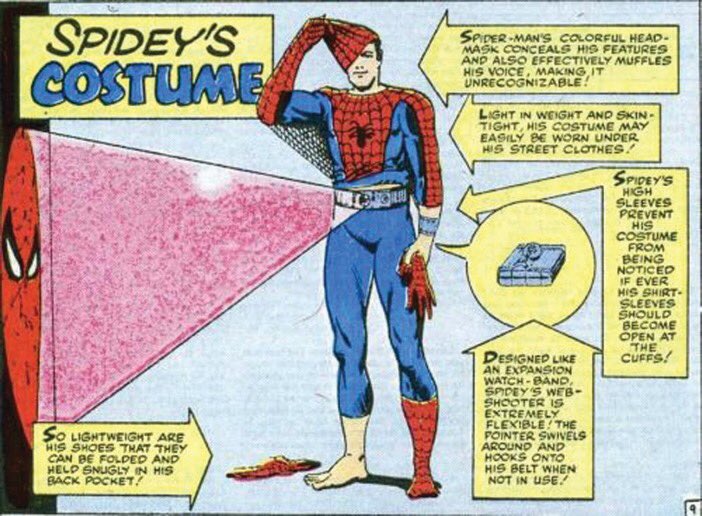 According to other descriptions online of the footage, Spider-Man is seen flying before the end of the presentation.

The costume was created by seminal Spider-Man artist and co-creator Steve Ditko. The webbing under Spider-Man’s arms had no purpose beyond ornamentation.

The webs were something Ditko liked and continued to include, on and off, for years. When artist John Romita began drawing Spider-Man he made the webbing smaller and smaller before eventually leaving them off altogether.

Ryan Penagos, the Vice President & Executive Editor of Marvel’s Digital Media who was in attendance, hinted at the upgrade being made by Tony Stark. He tweeted:

There's a case from Tony Stark with an "upgrade" for Spidey. Then we see Spidey leap off a building, open his arms, web wings! #ccxp2016 2/?

“Spider-Man: Homecoming” will be released in theaters July 7th.