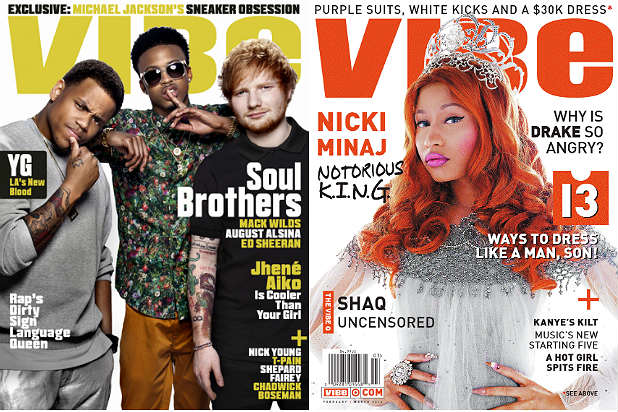 SpinMedia Group slashed 19 employees and shuttered its print edition Tuesday, an individual with knowledge of the situation told TheWrap.

Among staffers let go was editor-in-chief Craig Marks, who returned to the publication in June following stints at Blender, BlogTalkRadio, Billboard and Popdust.

The layoffs are the latest blow to the struggling company. Vibe, which first began publication in 1993, was acquired by SpinMedia in April 2013 with initial reports that the magazine would be reduced to online-only, much like the group did with SPIN magazine after acquiring it in 2012.

The decision was then made to keep Vibe in print as a quarterly rather than a bimonthly publication. Those plans have now changed.

As a webzine, Vibe has seen six to seven million unique visitors per month and has a combined 1.4 million followers on Facebook and Twitter. Capital initially released the announcement about the publication ending its print edition and the 19 layoffs.

Also announcing the end of their print edition this week is Macworld. The monthly tech mag devoted to covering all things Apple laid off much of its staff and will now become a digital-only publication.

News of Macworld ending their print editions comes in the same week Apple introduced two new iPhones and the Apple Watch to the public.