Welcome to the New York Stock Exchange, Spotify. And in your honor, we’re flying the colors of a completely different country.

Whoever handles the flags at the NYSE needs to bone up on their vexillology (the study of flags) because the world’s biggest music streamer was greeted with the Swiss flag flying on Wall Street on Tuesday morning.

It’s a great flag and everything, but there’s one problem: Spotify is a Swedish company.

You’ll see the gaffe below in a tweet from Stockholm University Professor Christian Christensen — along with several other eagle-eyed people on Twitter.

In an attempt to honor Swedish Spotify going public, the New York Stock Exchange of course puts up a Swiss flag. pic.twitter.com/OvQQuDl0CT

Swedish tech journalist Sven Carlsson, on hand for Spotify’s debut as a publicly traded company, reported the flag error was remedied after about 15 minutes.

The mixup was “a mistake,” a NYSE security guard told Carlsson, according to his followup tweet.

After a delay in early morning trading, Spotify opened on Wall Street at $165 per share — valuing the company at about $29 billion. For a quick look at what you need to know about its first day as a publicly traded company, we’ve got you covered here.

And for a better look at the Swedish flag, allow me, someone who is 1/8th Swede, to give you a heads up: 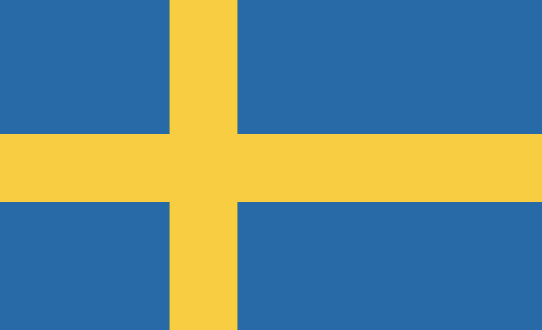