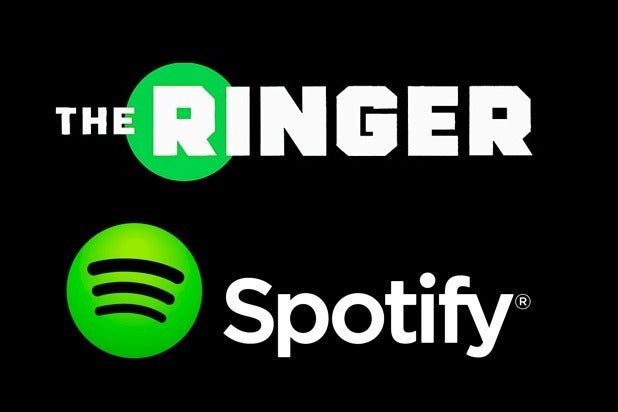 Spotify Technology is in early talks to purchase Bill Simmons’ sports and pop culture website and podcast network, The Ringer, according to the Wall Street Journal.

The deal would build on the audio-streaming platform’s already huge access of over 50 million tracks by adding The Ringer’s 30-plus podcasts, with include “The Bill Simmons Podcast,”  ”Binge Mode” and “The Rewatchables.”

Spokespersons for neither Spotify nor The Ringer immediately responded to TheWrap’s request for confirmation or comment.

The two outlets have worked together since September 2019 with the launch of Simmons’ new podcast, “The Hottest Take,” which streams exclusively on Spotify.

In 2019, Spotify spent $400 million to buy three podcast companies — Gimlet Media, Parcast and Anchor — and made more than two dozen deals for exclusive or original content. The Ringer, which was founded in 2016 by former ESPN commentator Simmons, brings in more than a 100 million podcast downloads each month

The music streaming giant closed Q3 of 2019 with 248 million monthly active users, or about 7% more than the 232 million MAUs it started the quarter with. Most of its gains came internationally in Southeast Asia and South America. Spotify’s paying customer base added 5 million people during the quarter, wrapping up Q3 with 113 million users paying for Spotify’s ad-free service.

Spotify made news in December after it announced that it would suspend political advertising ahead of the 2020 presidential election, saying in a statement that it does not “have the necessary level of robustness in our processes, systems and tools to responsibly validate and review this content.”

On a lighter note, it also recently launched a playlist generated specifically for pets based on the critter’s characteristics. We’re talking the moods and personality of your dogs, cats, birds, cats, hamsters and — yup — iguanas.