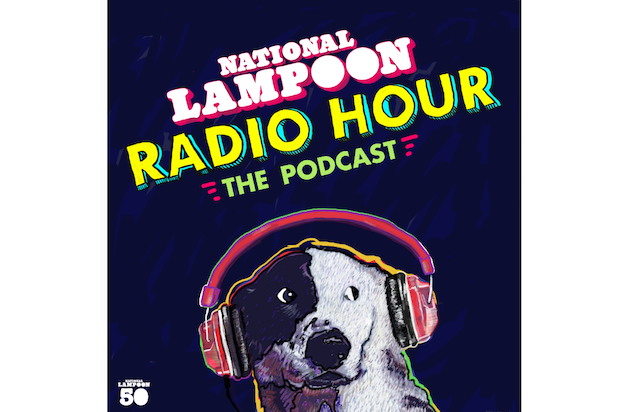 National Lampoon is ready to celebrate its 50th anniversary by bringing back the “National Lampoon Radio Hour” as a podcast, with the iconic comedy magazine also teaming up with Spotify to stream exclusive show content, TheWrap has learned.

Starting on Dec. 26 with the podcast’s third episode, Spotify users will have exclusive early access to new and uncensored episodes — three weeks before the half-hour show is available on other podcast platforms. Spotify listeners will also have exclusive access to original content from the original “National Lampoon Radio Hour,” which ran from 1973 to 1974 and introduced the world to comedy legends like John Belushi, Bill Murray and Gilda Radner.

You can check out a preview of “National Lampoon Radio Hour: The Podcast” below:

Also Read: HARD Festival Director Opens Her Playbook on How to Book DJs in the Hip-Hop Era

“National Lampoon is one of the most iconic and hilarious comedy brands of all time,” Lauren Jarvis, Spotify’s head of content partnerships in North America, added. “Spotify is thrilled to be partnering to bring its revered Radio Hour to new audiences around the world.”

Cameras will be rolling on the podcast, too, capturing the comedians while recording. Each episode will be available on National Lampoon’s website and its YouTube channel, with Brandon Tamburri and Tracy Soren directing the video.

Linking up with National Lampoon comes as Spotify has continued to double down on podcasts in 2019.

The company , during its Q3 earnings report, said 14% of monthly active users now listen to podcasts, or about 35 million people. While that number may seem modest compared to podcast competitors, when you look at it in terms of growth — the key metric investors watch for at tech companies — it becomes much more impressive. Spotify, in its letter to shareholders, said it had seen “exponential growth” in the amount of time users interacted with podcasts, with a 39% quarter-over-quarter spike in hours spent listening to podcasts.