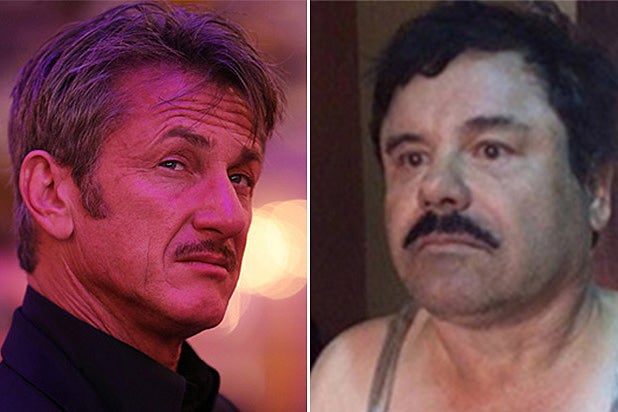 “I wish we didn’t need Sean Penn to interview people and act like a journalist,” Singer told TheWrap’s editor in chief Sharon Waxman at the Golden Globes ceremony Sunday. “I wish we had more real journalists on the ground doing that work. And sadly, the last 15 years has decimated the newspaper business and decimated reporters.

“Reporters have lost their jobs and that to me is a real shame,” he continued. “We’ve got Sean Penn interviewing people instead of professional journalists and I think that’s an issue. He doesn’t know what professional journalism is … One of the things we’re trying to get out of [‘Spotlight’] is how much more of that we need.”

“Spotlight,” which Singer co-wrote with Tom McCarthy, follows a group of Boston Globe reporters who investigate allegations of child sex abuse in the Archdiocese of Boston.

Meanwhile, Penn interviewed “El Chapo,” the most notorious drug lord in the world while he was on the run from the Mexican government and many others.

In an incredible tale involving secret messages and blind trust, Penn ventured into the Mexican jungle with actress Kate del Castillo and emerged with an on-the-record account for Rolling Stone that is surely stranger than any fictional account he ever portrayed on screen.

In the interview, “El Chapo” revealed the details of his drug operation, as well as his escape from prison last summer.

Penn said he used disposable TracPhones or “burners” to communicate with “El Chapo’s” team. “One per contact, one per day, destroy, burn, buy.”

The actor also said that after flying to Mexico he, del Castillo and their associates drove for hours to reach “El Chapo’s” hideout. He went on to allege that Mexican officials were complicit in hiding “El Chapo.” In Penn’s words, authorities let the convoy through after they recognized one of the drivers, “El Chapo’s” 29-year-old son, Alfredo Guzmán.

The Associated Press reported from Mexico that the interview with Penn ultimately led federal authorities to recapture “El Chapo,” who was taken into custody Friday in Los Mochis, Sinaloa, after six months on the run.

“El Chapo” disappeared from Mexico’s highest security prison last summer, escaping via a mile-long tunnel that some said cost $1 million to build. Penn wrote in the article that the drug lord hired German engineers to build the tunnel.