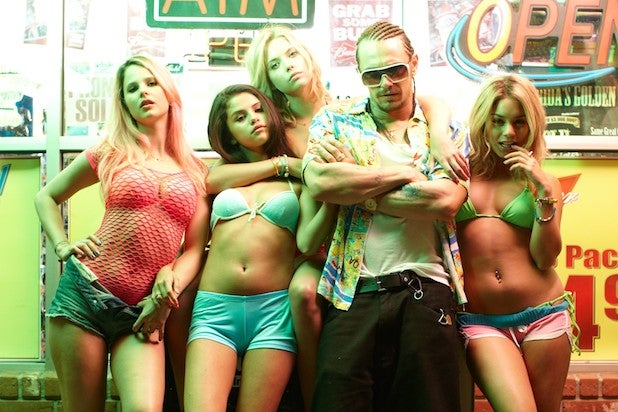 A “Spring Breakers” sequel is coming, as Wild Bunch will shop “Spring Breakers: The Second Coming” at Cannes this month, though gonzo filmmaker Harmony Korine is not currently involved.

Instead, Jonas Akerlund (“Spun”) will direct from a script by “Trainspotting” author Irvine Welsh.

James Franco and young starlets Selena Gomez, Vanessa Hudgens, Ashley Benson and Rachel Korine are not expected to return for the sequel, though Wild Bunch’s Vincent Maraval left the door open, telling Screen Daily that the film will feature a mix of new and old cast.

“It’s not a direct sequel although there are allusions to some of the characters in the original,” Maraval told Screen, which first reported the news.

The sequel will follow a group of Spring Breakers who do battle with an extreme militant Christian sect that attempts to convert them.