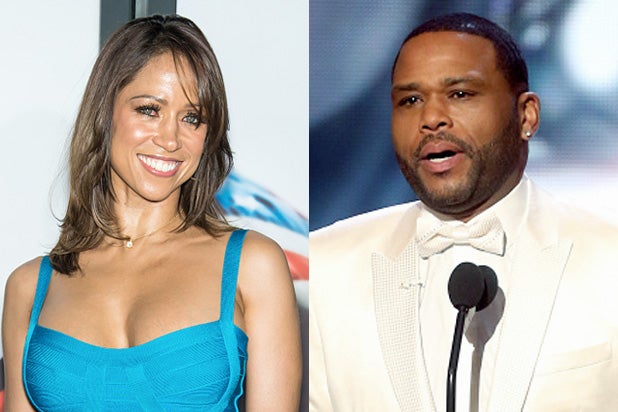 Stacey Dash is firing back at Anthony Anderson after the actor and comedian called her “Ann Coulter dipped in butterscotch” while hosting Friday night’s 47th annual NAACP Image Awards.

In his opening monologue on Friday’s award show, Anderson joked, “Everybody give a round of applause for Stacey Dash! What the hell is she doing here? Doesn’t she know that the Fox network is using her? She’s just an Ann Coulter dipped in butterscotch. That’s all she is. Baby, don’t let them use you! Come back to the black people.”

The “black-ish” star’s comments were prompted by Dash’s suggestion that Black History Month, BET and the NAACP Image Awards be abolished during an appearance on “Fox & Friends” in January.

“There shouldn’t be a Black History Month. We’re Americans. Period,” she said, drawing the ire of many.

Dash went on to say that, “We have to make up our minds. Either we want to have segregation or integration. If we don’t want segregation, then we need to get rid of channels like BET and the BET Awards and the Image Awards, where you’re only awarded if you’re black.”

Well it's funny how woman who weighs 105 wet!
Can get grown ass men to act like llittle girls! Haha