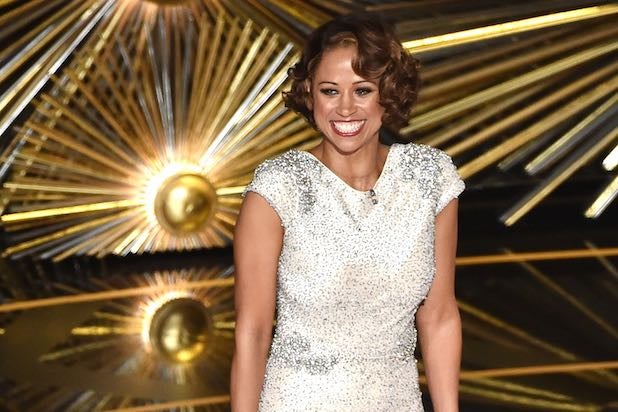 Stacey Dash, a consistently controversial Fox News contributor and actress, has blasted “Grey’s Anatomy” star Jesse Williams as a “Hollywood plantation slave” for his BET Awards speech that was widely praised by other viewers.

“You’ve just seen the perfect example of a HOLLYWOOD plantation slave! Sorry, Mr Williams. But the fact that you were standing on that stage at THOSE awards tells people you really don’t know what your talking about. Just spewing hate and anger,” the “Clueless” actress wrote in a blog.

“Because you my man are just like everyone else hustling to get money. But your cognitive dissidents has you getting it from THAT BYSTANDER whom  YOU DONT NEED. Yes. BLACK ENTERTAINMENT TELEVISION is WHITE OWNED.”

Dash’s response came this week after Williams took the stage on Sunday to accept a humanitarian award, and delivered a powerfully inspiring speech that has since gone viral, yielding more than 1 million Google searches in less than 24 hours.

Justin Timberlake was among those who took to Twitter to praise the actor, even though his tweet about being “truly inspired” by the speech got him in a heap of trouble with critics who disagreed with Timberlake’s position that “we are all one… a human race.”

Dash, however, interpreted the speech as “nothing short of an attack on white people.”

“BET is keeping racism and segregation alive and this past Sunday’s awards show proves it,” she began her essay. “What he said was straight out of the Black Lives Matter playbook, reminding the audience that police do ‘not kill white people’ and in fact, prefer pulling ‘a drive by on a 12-year-old kid [Tamir Rice] and then going home to make a sandwich.'”

Williams discussed police brutality, cultural appropriation and offered a pointed argument to critics of the Black Lives Matter movement during the speech.

Dash countered that Black Lives Matter movement has “planted the seed of segregation and no longer want to live in ‘perfect harmony,’ like the old song wished.”

Dash ended her post with by writing, “Maybe now people will see why I’m so against this racist network.”