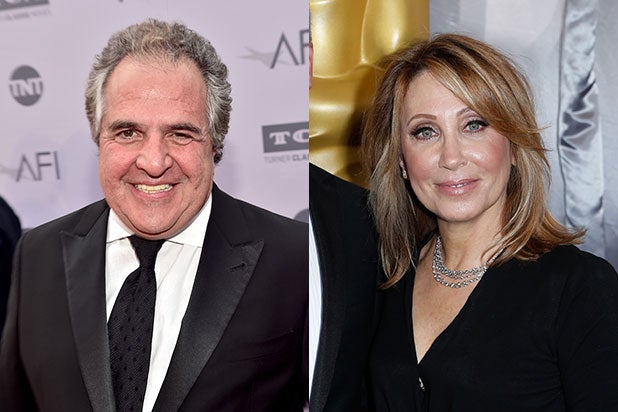 Gianopulous will transition into a larger advisory role, while current Co-Chairman Snider will take his place at the top of the studio, the company announced Thursday.

“Jim has delivered year after year, with films that truly soared, spanning ‘Titanic,’ ‘Avatar,’ and most recently the wildly successful ‘Deadpool,'” Fox Executive Chairman Rupert Murdoch said in a statement.

“I am so pleased Jim has agreed to stay on in a new role and have the utmost confidence in the future of the studio under Stacey’s leadership,” he added.

Snider joined Fox from DreamWorks in 2014 and was presumed by many to be Gianopulous’ natural replacement, an individual familiar with the Fox Filmed Entertainment executive suite told TheWrap.

When Snider assumes the role, she’ll become one of the highest-ranking female executives in show business, if not the highest. Donna Langley currently serves as Chairman of Universal Pictures.

As an executive, Snider is well-liked by talent and below-the-line creatives. She was a longtime partner to Steven Spielberg at DreamWorks, and is active in philanthropy and causes like gender parity in Hollywood.

“We look forward to continuing to work with Jim in a new strategic capacity after the close of his current contract term,” said Lachlan Murdoch and James Murdoch, the Chairman and CEO of 21st Century Fox respectively, said in a statement.

“We are enormously grateful to Jim for his approach to this challenge, and to Stacey, who joined us a few years ago as part of this process, and who in a year’s time will assume his leadership position at the Studio,” they added.

For 2016, Fox is second in market share with 18.6 percent of the box office behind Disney, according to Box Office Mojo. As the elder Murdoch mentioned, Ryan Reynolds‘ “Deadpool” was a runaway hit; the modestly-budgeted subversive superhero film has earned neared $800 million worldwide.

This year, the studio will release the tentpole “Independence Day: Resurgence,” the R-rated comedy “Mike and Dave Need Wedding Dates” and a DreamWorks Animation collaboration “Trolls.”