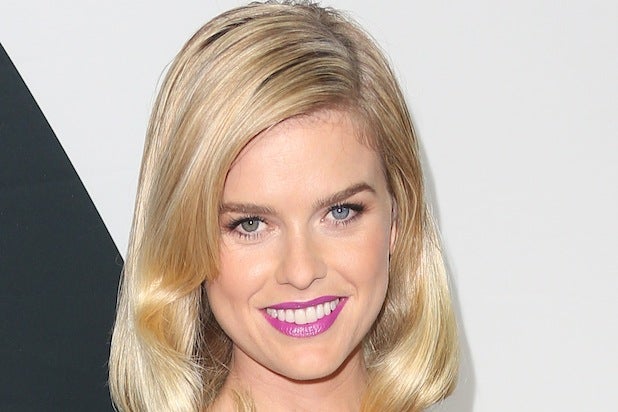 Hot off helping Chris Pine save the world in “Star Trek Into Darkness,” Alice Eve has landed the female lead opposite Chris Evans in the “Captain America” star’s feature directorial debut “1:30 Train,” multiple individuals familiar with the project have told TheWrap.

Written by Ron Bass, the indie movie follows two people who meet in a train station and share a night of romantic adventures before the woman must catch the next train back to New York.

Evans will play a down-on-his-luck saxophone player who helps a young woman (Eve) in need and ends up falling for her.

Evans will shoot “1:30 Train” before he reprises his role as Captain America in Marvel’s sequel “Avengers: Age of Ultron.”

Eve’s feature credits include “Men in Black 3,” “Sex and the City 2,” “The Raven” and “She’s Out of My League.” She also played one of Vincent Chase’s many love interests on HBO’s “Entourage.” The 31 year-old British actress recently wrapped Neil LaBute’s drama “Dirty Weekend” and will soon be seen alongside Bryan Cranston in the indie thriller “Cold Comes the Night.”