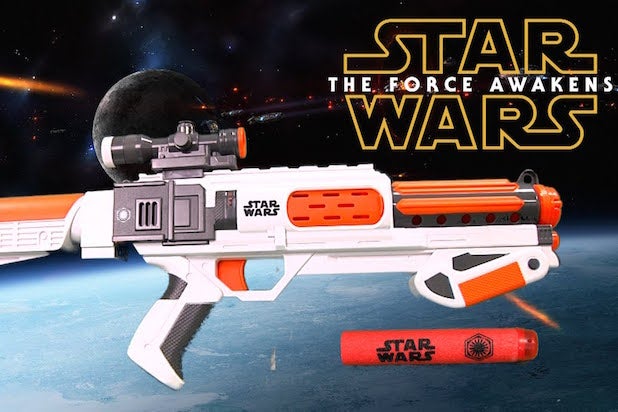 Disneyland is ramping up security at the end of a year that was filled with mass shootings around the country.

On Thursday, the California amusement park released new rules, including a ban on the sale of toy guns in the resort, prohibiting costumes for adults and teens, and the installation of metal detectors at the entrance.

“Masks may not be worn by any Guests ages 14 or older (unless required for medical purposes),” Disneyland’s updated rules state. In the weapons prohibition section, new rules also specify, “Objects that appear to be weapons (also including toy blasters, squirt guns, etc.)” are no longer allowed.

That means no “Star Wars” blasters will be sold or permitted on the premises as Disney’s “The Force Awakens” hits theaters this weekend. And good luck trying to convince security that your Kylo Ren or Darth Vader mask is medically essential.

“We continually review our comprehensive approach to security and are implementing additional security measures, as appropriate,” Disney Resorts spokeswoman Suzi Brown said in a statement.

Earlier this year, selfie sticks were the first to go at Disneyland amid new safety concerns.