The film will officially be known as “Star Wars: The Last Jedi” and will premiere in theaters on Dec. 15. Check out the first official poster below.

Plot details for the film are scarce, but director Rian Johnson previously said that it will delve into the journey that Rey (Daisy Ridley) will take as she begins her training under Luke Skywalker (Mark Hamill). He said that Luke will be the “emotional entry point” into the film and that he will explore what empowers the newcomers from “The Force Awakens” and what makes them weak.

“I wanted to know more about each of them, and that doesn’t just mean information or backstory,” Johnson said. “Figure out what’s the most difficult thing each of them could be challenged with now — let’s throw that at them and dig into what really makes them tick by seeing how they handle that.”

Along with Ridley and Hamill, returning cast members for the follow-up to “The Force Awakens” include John Boyega, Adam Driver, Oscar Isaac, Domhnall Gleason, and Gwendoline Christie. Carrie Fisher is said to have completed filming all of her scenes as Gen. Leia Organa before her death. 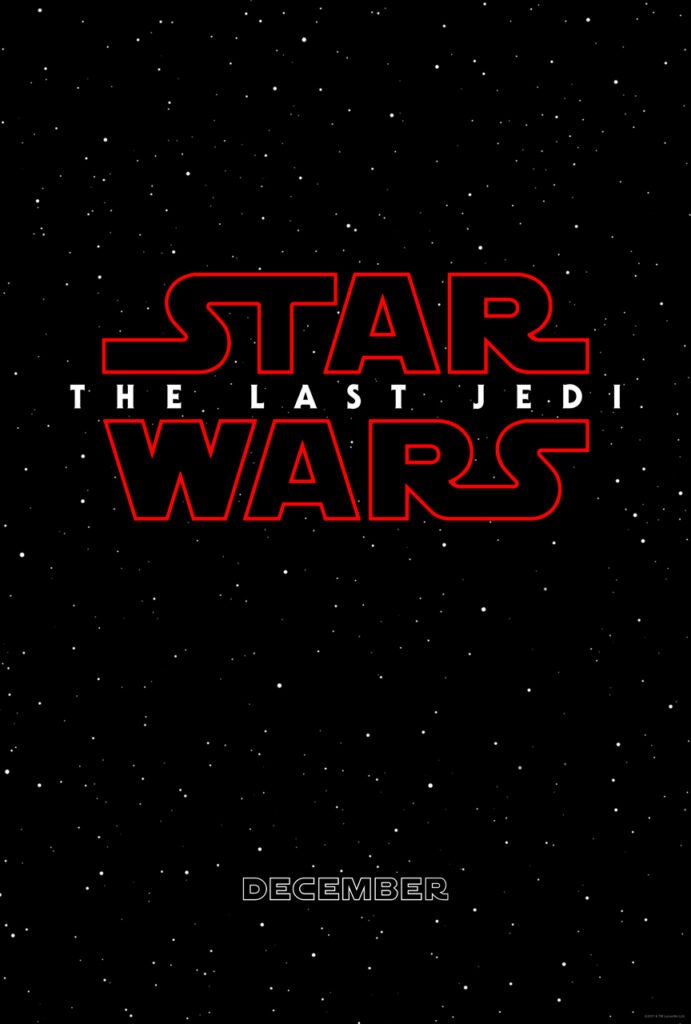