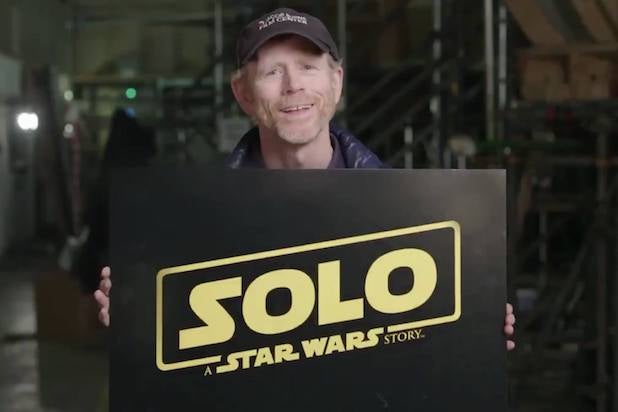 Ron Howard has announced the name of the upcoming Han Solo “Star Wars” movie, so of course “Star Wars” fans are going to complain about it.

Many were displeased over the name of the film “Solo: A Star Wars Story,” calling it an unoriginal title that won’t stand out against the likes of “Empire Strikes Back” and “Rogue One.” But at least some were clever in their jokes about the new movie name, with speedy Photoshoppers putting their skills to good use.

Here are some of the reactions Howard is getting:

3 months ago: “Just call it Han Solo: a Star Wars Story and get it over with!”

i love that disney chose to call it “Solo: A Star Wars Story” instead of “The Han Solo Movie,” which is what EVERYONE will say instead.

I’m surprised at all the hate for the completely sensible Han Solo title. I’m here to remind you it could have been a LOT worse. pic.twitter.com/lo0QjgHhDg