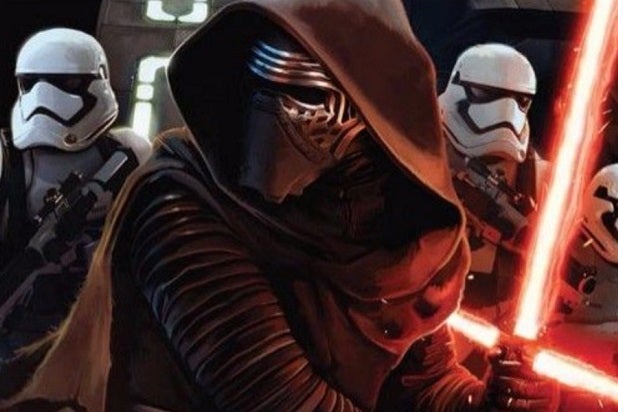 “Star Wars: The Force Awakens” was putting a bow on a $1 billion Christmas present for Disney on Thursday.

With another $76.5 million at the box office Wednesday –$38.1 million domestically and $38.4 million from overseas — the J.J. Abrams-directed seventh entry in the iconic space adventure franchise raised its worldwide box-office haul to $765 million.

That’s within striking range of $1 billion, and it’s possible “The Force Awakens” could pass the milestone on Friday. It will be close. Two more days like Wednesday would put its total around $915 million, but Friday is Christmas Day, traditionally one of the busiest of the year at the box office domestically and abroad.

“The Force Awakens” will remain in a market-high 4,134 theaters for its second weekend and is expected to take in between $180 million and $200 million.

It would provide a spectacular cap to a record-breaking week for the first film in more than a decade in the series launched in 1977 by George Lucas, which set marks for the top domestic, international and worldwide openings last weekend.

But even if it doesn’t happen on the holiday, it’s all but assured that “The Force Awakens” will easily break the record set this summer by “Jurassic World,” which hit the $1 billion mark at the global box office in 13 days. Friday would be seven days for “The Force Awakens,” Saturday would be eight.

“Somehow, all these records feel right,” Exhibitor Relations senior analyst Jeff Bock told TheWrap. “It was the ‘Stars Wars’ crowd that really got the whole fan boy thing going, not to mention the action figures and all the other merchandise. That they get rewarded for their loyalty over these decades seems appropriate. I think it will become the top-earning film, and eventually the No. 1 franchise.”

The Marvel Cinematic Universe, which includes “The Avengers” and “Iron Man” movies, is currently the leader having grossed more than $9 billion worldwide from 21 movies. Then it is the Harry Potter movies ($7.7  billion from 10), James Bond ($7 billion from 25) and Peter Jackson‘s “Lord of the Rings” movies ($5.9 billion from 6) ahead of the “Stars Wars” franchise.

The six previous “Stars Wars” movies had grossed $4.4 billion globally, and “The Force Awakens,” has lifted it to $5.2 billion. “Star Wars: Ep. III – Revenge of the Sith” is currently the top-grossing film in the franchise, having soared to $847 million globally in 2005, but “The Force Awakens” is bearing down on it and is the first in a trilogy of films.

Revenues from toys, memorabilia and other merchandise is expected to exceed whatever “Star Wars” takes in at the box office. Sales of Lightsabers, First Order Star Destroyers and remote-control Millennium Falcon Quads are driving a surge in Christmas toy sales, several analysts told CNBC. But toys are just part of the picture.