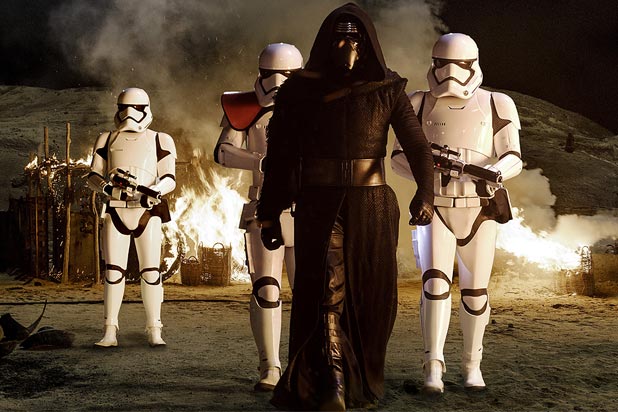 “Star Wars: The Force Awakens” roared past $1 billion at the overseas box office Sunday and continued on its record-breaking run in China, rocketing to a $47 million second weekend there for Disney.

“The Force Awakens” took in $72 million from abroad and held the top spot in China despite the introduction of a strong new local title.

In the process, the blockbuster space epic moved past “Jurassic World” and into the No. 3 slot on the all-time global box office list with $1.86 billion, behind only “Avatar” and “Titanic.”

Success behind the Great Wall is critical if “The Force Awaken” is to top the $2.8 billion haul of “Avatar” and become the top-grossing movie ever globally, and it isn’t a given since the Chinese haven’t been big “Star Wars” fans in the past.

Disney is also launching Shanghai Disneyland Park this year, and is counting on a boost from Han Solo and the gang.

“The Force Awakens” built on its record haul in the U.K., which is now at $168 million, and Germany became  the third market where the film topped $100 million. In Japan, it was No. 1 for the fifth straight weekend.