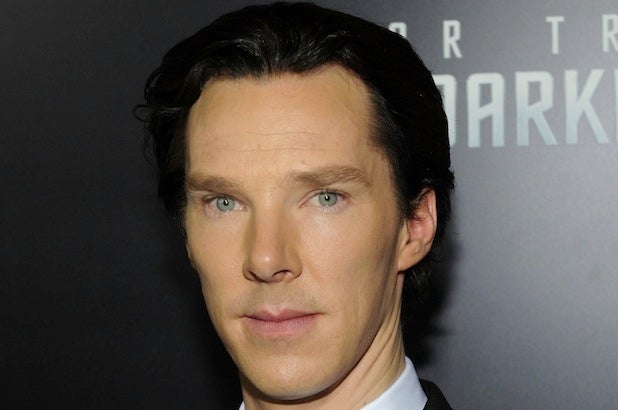 Speculation swirled around Benedict Cumberbatch and “Star Wars: Episode VII” for the past week — but instead of a galaxy far, far away, the actor has entered negotiations to star in James Gray‘s adaptation of David Grann’s acclaimed book “The Lost City of Z,” an individual familiar with the long-gestating project has told TheWrap.

Brad Pitt was initially attached to star in the movie, though he’s now strictly producing through his Plan B banner along with Dede Gardner, Jeremy Kleiner and Anthony Katagas.

Panorama Media will finance the film and handle foreign sales. “Lost City of Z” follows Percy Fawcett, a British colonial who disappeared in the 1920s while searching for a mythical city in the Amazon jungles of Brazil that he believed he discovered on a prior expedition.

Pitt and his Plan B partners recently worked with Cumberbatch in Steve McQueen‘s drama “12 Years a Slave,” which has been earning rave reviews on the festival circuit.

Questionable reports from the blogosphere have linked Cumberbatch to a villainous role in “Star Wars: Episode VII,” which would reunite the British actor with his “Star Trek Into Darkness” director J.J. Abrams. LucasFilm and Cumberbatch’s reps have strenuously denied that rumor, though to be fair, denials are commonplace when it comes to tentpole movies — especially those directed by the ever-secretive Abrams.

Cumberbatch recently dropped out of Guillermo del Toro’s gothic horror movie “Crimson Peak,” which has prompted speculation that the “Star Wars” possibility may not be far far away. The “Sherlock” star will spend the fall filming the Alan Turing movie “The Imitation Game” with Keira Knightley.

Cumberbatch will soon be seen as Wikileaks founder Julian Assange in DreamWorks’ “The Fifth Estate,” and he also co-stars in John Wells’ adaptation of “August: Osage County.” Both films, along with “12 Years a Slave,” are expected to be prime contenders this awards season.

Cumberbatch is represented by UTA and Conway van Gelder Grant.