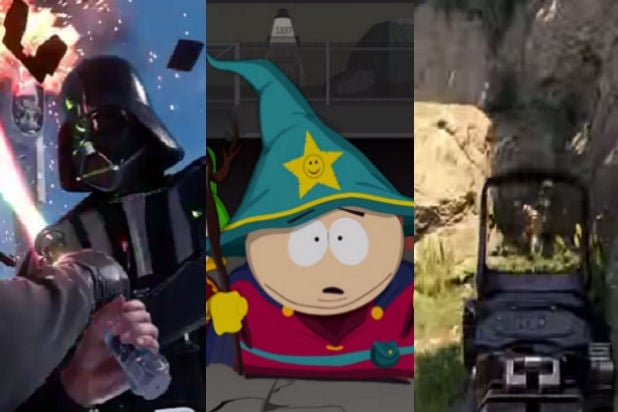 Gamers are rejoicing with the release of trailers for the hottest upcoming titles at the 2015 Electronic Entertainment Expo (E3).

The annual gaming trade show runs from June 16-18, but diehard video game fans have already gotten a look at some of the hottest releases coming to consoles this year.

Highlights thus far include a look at “Call of Duty: Black Ops III,” gameplay from “Star Wars: Battlefront” and the surprise announcement of a new “South Park” game, which will be a followup to 2014’s “South Park: The Stick of Truth.” New trailers have also been screened for the latest “Final Fantasy” and “Mass Effect” installments, both incredibly popular role-playing series.

Scroll down to see all of these trailers and more:

South Park: The Fractured But Whole

Rise of the Tomb Raider