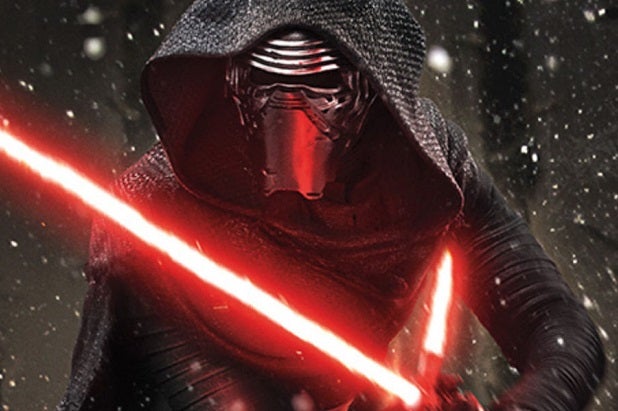 “Star Wars: The Force Awakens” powered to $88.3 million and triumphed for the third consecutive time at the domestic box office over the New Year’s weekend, crushing Quentin Tarantino‘s “The Hateful Eight” and claiming a slew of records.

Disney’s J.J. Abrams-directed space epic set a new standard for the best New Year’s Day with $34 million on Friday, then rocketed to the biggest third weekend at the domestic box office ever. The overall box office is on pace to set a record for the biggest New Year’s weekend ever, as it’s currently neck-and-neck with the 2009-2010 year when “Avatar” led the way. The final numbers will be announced Monday.

The domestic total for “The Force Awakens” is now $740 million, and by Tuesday it will likely become the top-earning film ever in North America, passing the $760 million total of “Avatar.”  With another $770 million overall from overseas, “The Force Awakens” has rolled up $1.51 billion in worldwide box office grosses in 19 days.

The huge weekend was the latest evidence that the “The Force Awakens” is in a different orbit than any other movie in theaters right now, and maybe any movie ever.

This weekend’s runner-up, Paramount’s Will Ferrell-Mark Wahlberg comedy “Daddy’s Home,” had a very strong second weekend with $29 million — and still lost by nearly $60 million. “The Hateful Eight” finished third with an estimated $15.2 million for the Weinstein Company.

That means that not having the landmark Hollywood Cinerama Dome screening the writer-director’s snowbound frontier tale didn’t really matter. Tarantino had complained loudly prior to both movies’ release when Arclight Cinemas chose to play “Star Wars” rather “The Hateful Eight” in its flagship theater.

Also Read: 'Star Wars' Shifts Into Hyperdrive in Bid for No. 1 at All-Time Global Box Office

TWC announced on Monday that it would expanded “The Hateful Eight” on Wednesday, two days earlier than planned, from 100 to 2,374 theaters and it took in $6.5 million. With this weekend’s haul and the grosses from the exclusive first-week 70mm run added in, the $44 million “Hateful Eight” has a domestic total of nearly $30 million.

But its nationwide debut came in under that of Tarantinto’s 2012 hit “Django Unchained” ($30.1 million) and 2009’s “Inglorious Basterds” ($38 million). The slave tale opened on Christmas Day, the war saga in August.

“We would have liked to see a little more from the weekend, but we think we’re set up pretty well for the next few weeks,” TWC distribution chief Erik Lomis told TheWrap. TWC marketers hit their target, drawing the middle-aged male audience that is Tarantino’s base. The crowd was 62 male and 59 percent was between the ages of 25 and 49 years.

Lomis said the plan was to add “a few hundred theaters” next weekend.

Writer-director David O. Russell‘s “Joy” was beaten out for fourth place by two third-week holdovers, “Sisters” and “Alvin and the Chipmunks: The Road Chip.” Universal’s Tina Fey-Amy Poehler comedy took in $12.5 million (off just 11 percent from last weekend), while Fox’s kids film managed $11.9 million (off 9 percent) and its comedy-drama starring Jennifer Lawrence was at $10.4 million (-39 percent).